Entrepreneurial storytelling at its best! Executive George Poulios and Comedian Todd Youngman chat with everyday leaders that broke out of the linear Life path and built great platforms/businesses for themselves and others. Best in class leaders from around the world join us each week to tell their stories. Entertainers, Fashionistas, Start ups, Doctors, Retail Executives, Drag Queens and more! We are exhausted from the lists: “do this now” and “ X things you should be doing.” This show will not tell you what to do, it is about listening to what great people have done. Subscribe to season 1 and every Thursday a fresh episode will be released 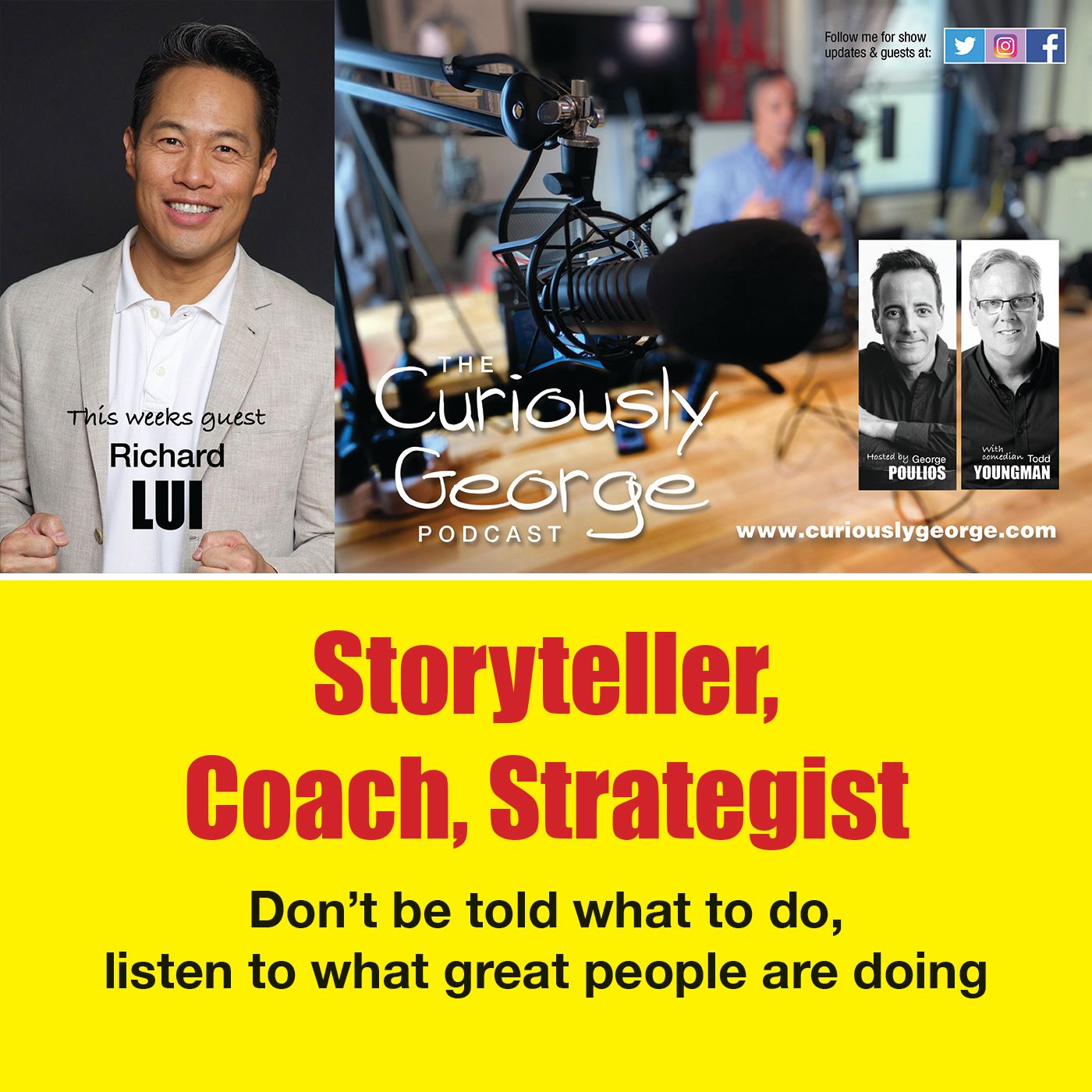 Enough About Me
63 perc 22. rész ROC Vox Podcast Network
We are beyond thrilled to have veteran journalist Richard Lui join us! Richard has more than 30 years in television, film, technology and business. Currently at MSNBC and previously with CNN worldwide, he is the first Asian American man to anchor a daily national cable news program, and a team Emmy and Peabody winner. In addition to journalism, Richard's 15 year business career involves a fin Tech patent and launching six tech brands over three business cycles. He has lived, worked, and volunteered on every continent.Richard is a celebrity champion for the Alzheimer’s Association, caregiving champion for AARP and caregiving ambassador for bright focus foundation 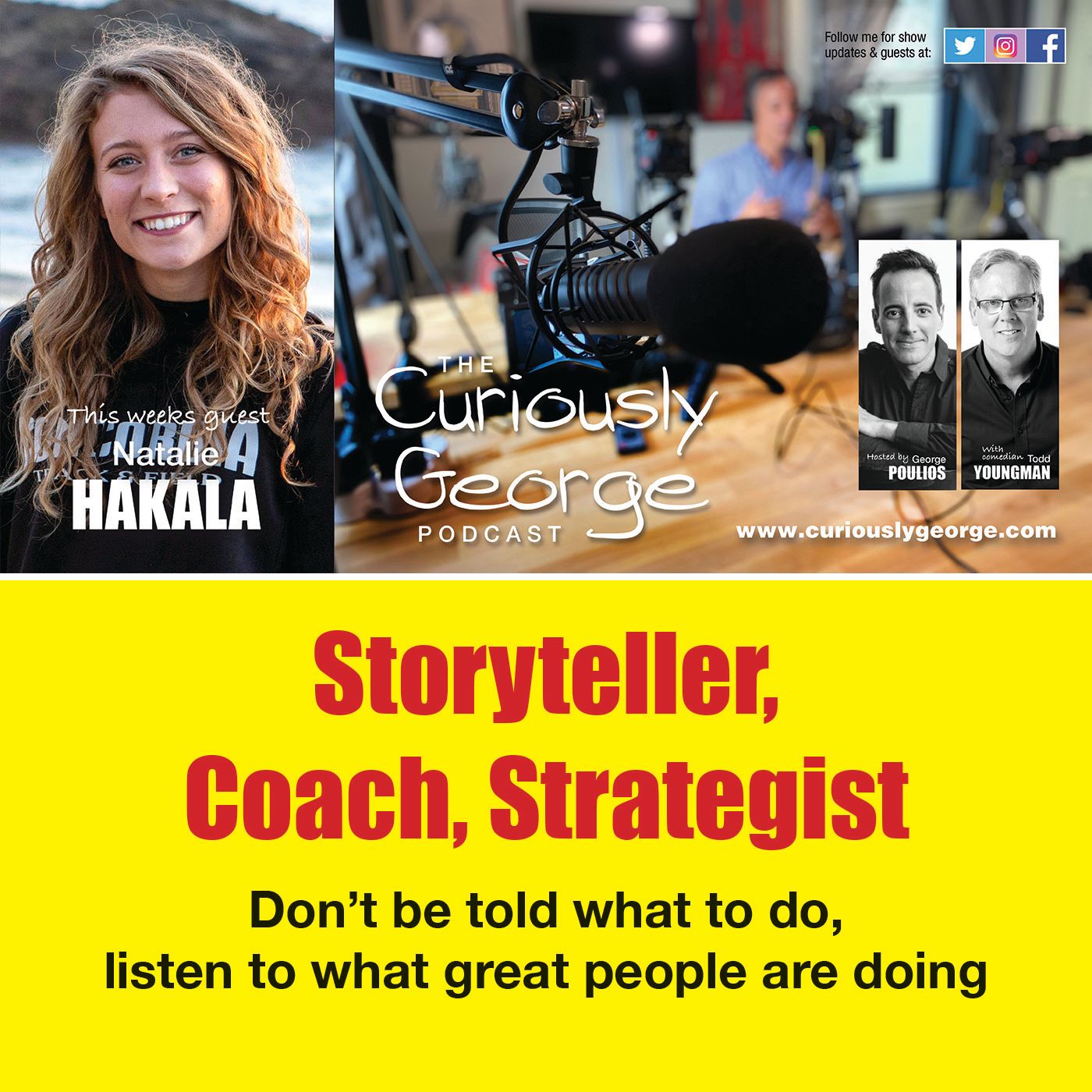 The Longest Sprint
45 perc 21. rész ROC Vox Podcast Network
This very special epsiode details the journey Competitive Athlete Natalie Hakala. Natalie claimed the record at her college of the running 800 meters in 2:17. She went on a camping trip in July and contracted Covid- 19. Natalie is known as a "Long Hauler;" covid symptoms persist long after the initial infection. Listen up as Natalie went from running every day, to barely being able to make a cup of coffee. We are thrilled to be joined by Dr Elizabeth Murray to help moderate this very important conversation. 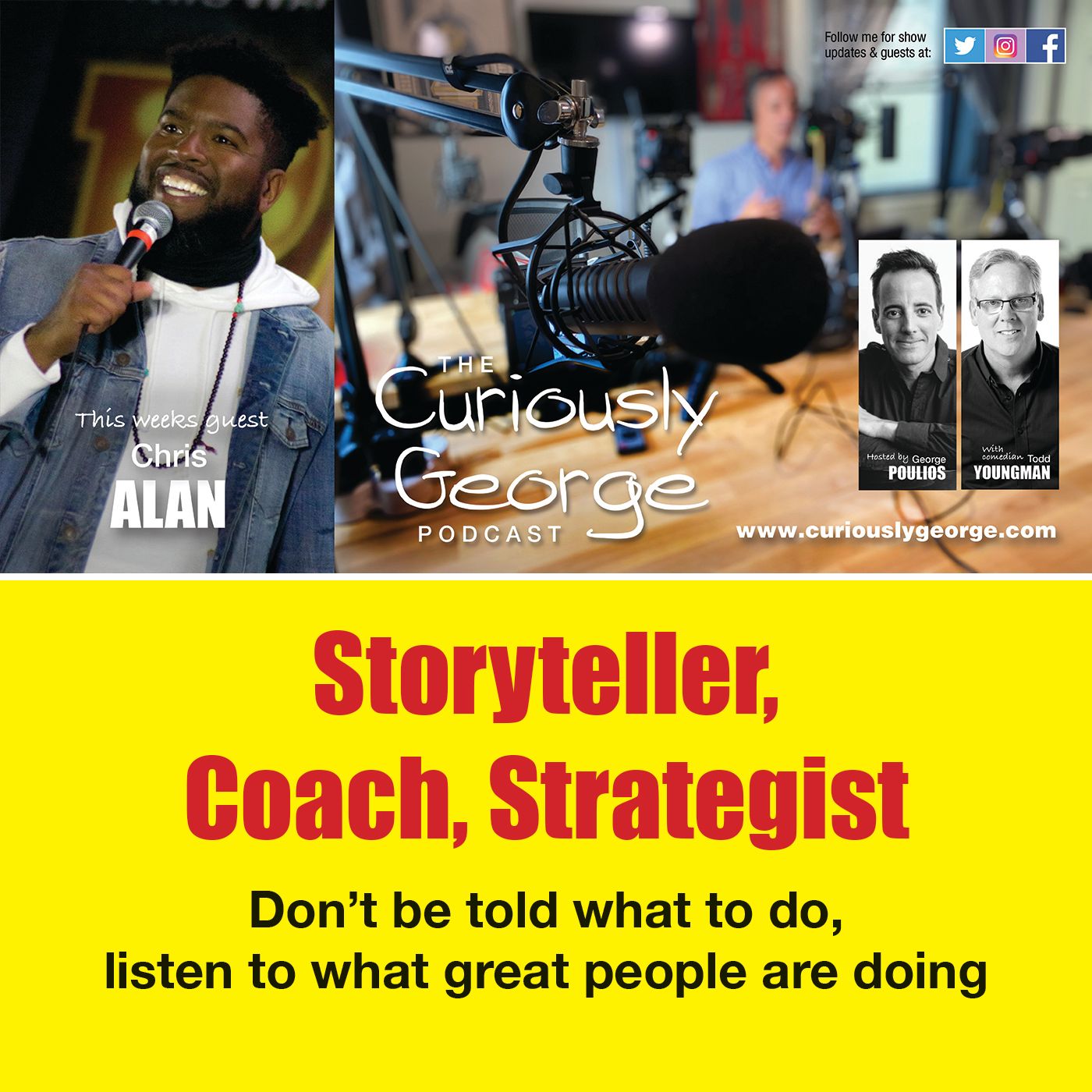 A Force to be Reckoned With
62 perc 20. rész ROC Vox Podcast Network
Comedian and Writer extraordinaire Chris Alan shares his story about the tough neighborhood he grew up in, an incredible career in the Air Force, and how he arrived at recording his first live comedy album. It's a very insightful journey, one that you will learn a lot from, Including the power of being present. We also get a special guest appearance and learn some Japanese! Great learns and laughs! 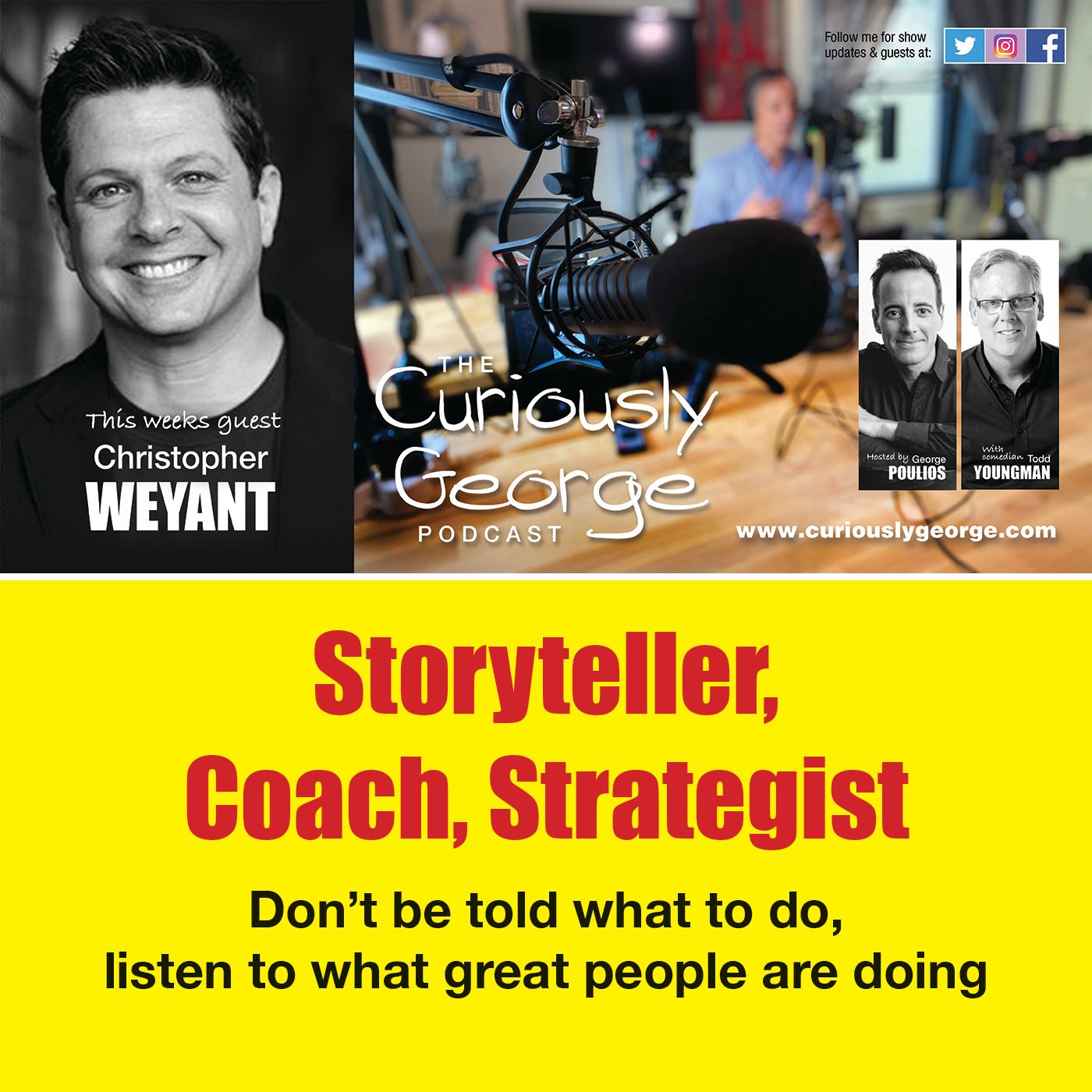 Forget the Law, I'm Going to Draw
55 perc 19. rész ROC Vox Podcast Network
We speak with award winning Cartoonist and Illustrator Chris Weyant. His work can regularly be seen in the Boston Globe and The New Yorker, and syndicated world wide. Chris has also illustrated incredible children’s books, including the best seller “You are (Not) Small” (written by his wife Anna Kang). Listen in as we discuss how he found humor and satire, decided to (Not) be a lawyer, and made the jump into cartoons and illustration. It’s a wonderful story about how you really can take a dream and make it your life’s work. Chris and his wife Anna’s newest children’s book: “Hudson and Tullulah Take Sides” is due May 1, 2021. Listen up! 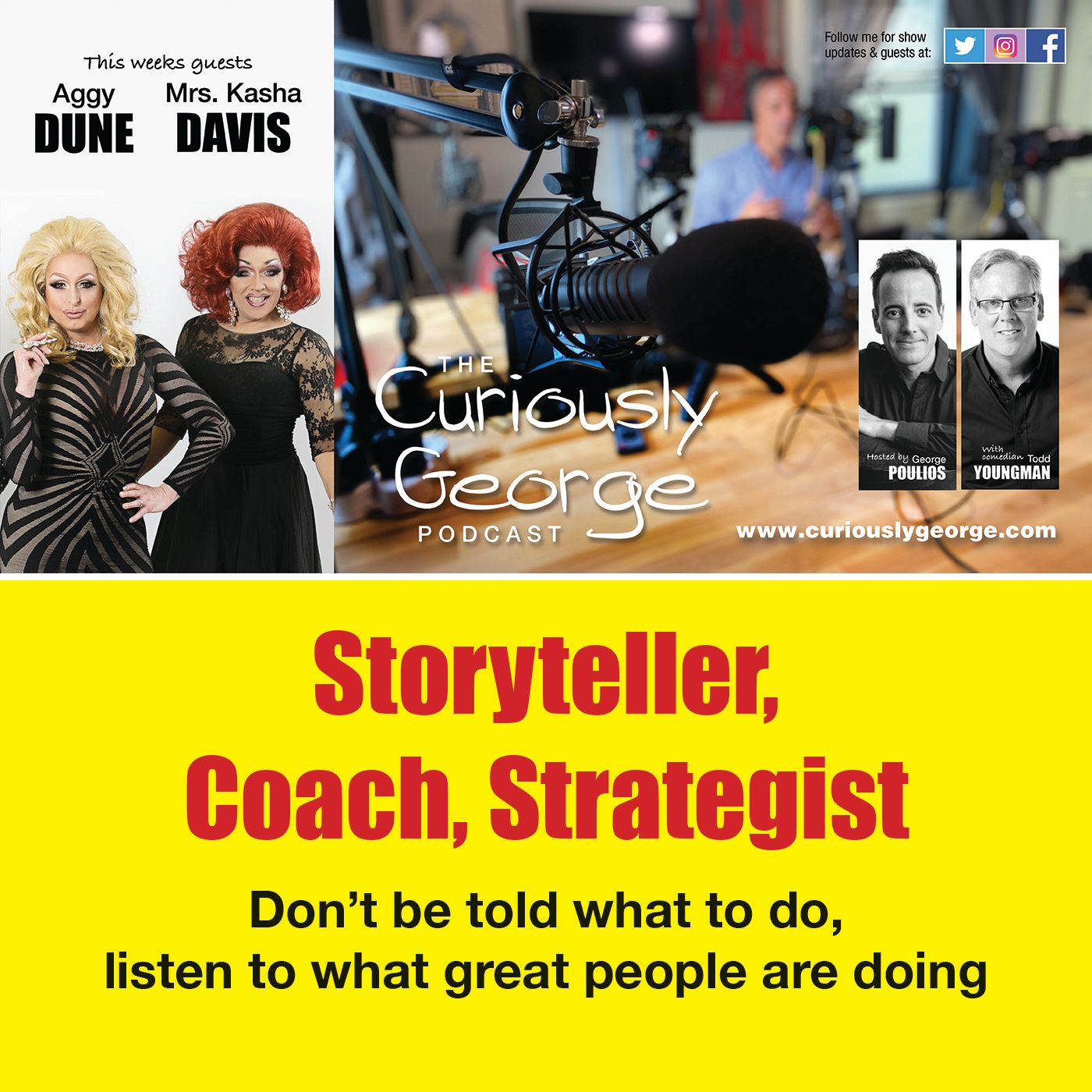 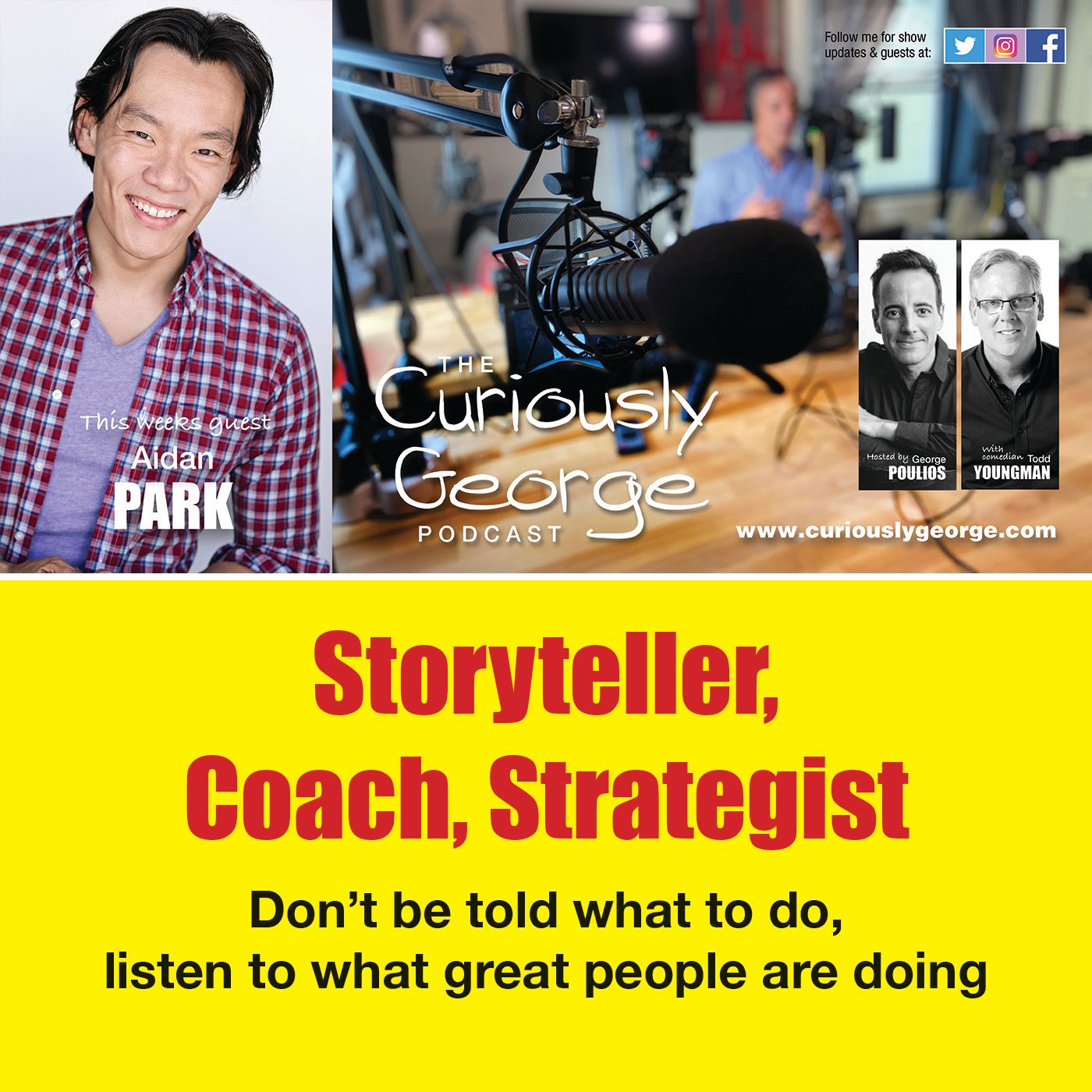 The Art of YaY with Aiden Park
58 perc 17. rész ROC Vox Podcast Network
We welcome Positivity Guru/Author/Comedian Aiden Park. Listen in on how Aiden went from Ballet to Yay! Aiden has overcome a unique upbringing full of challenges including the loss of his partner and several other battles. He got up one day and said “I wont live like this,” and that led to a wave of positivity and possibility! This a wonderful story for those who have dealt with hardship and grief, and Aiden provides sound guidance and heartwarming solutions. Feel like being inspired, empowered, and smiling? Listen up! Aiden’s book, The Art of Being YaY! Is currently available 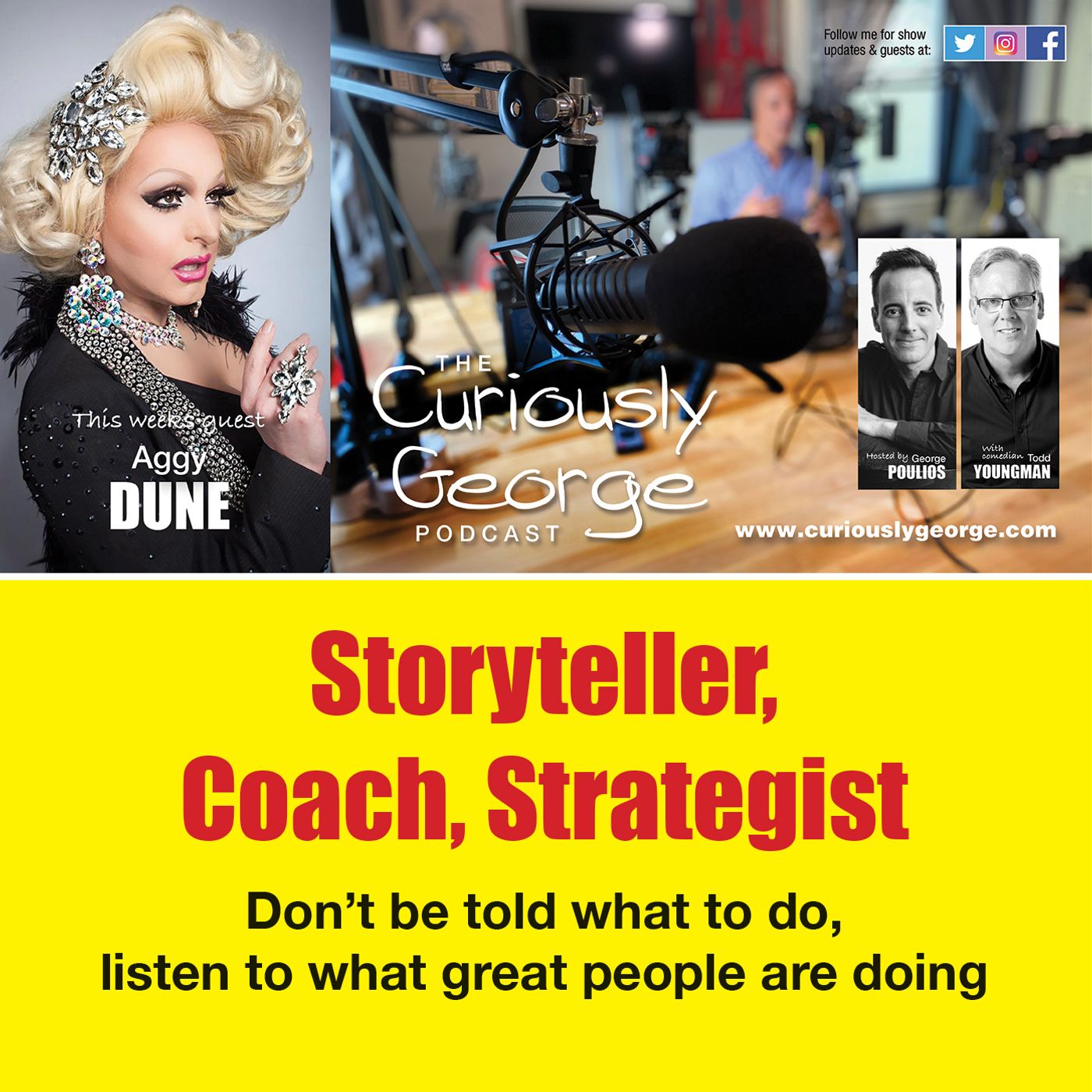 From Drag Racing to Drag Royalty - with Aggy Dune
53 perc 16. rész ROC Vox Podcast Network
We welcome Rochester drag legend and impressionist beyond compare , the legendary Aggy Dune. We learn about her journey from Watkins Glen, New York to Rochester, her first drag experience, years of hosting Pride in Rochester, and what it felt like to meet Cher in the produce section at Wegmans! How did Aggy build her brand? Listen Up! 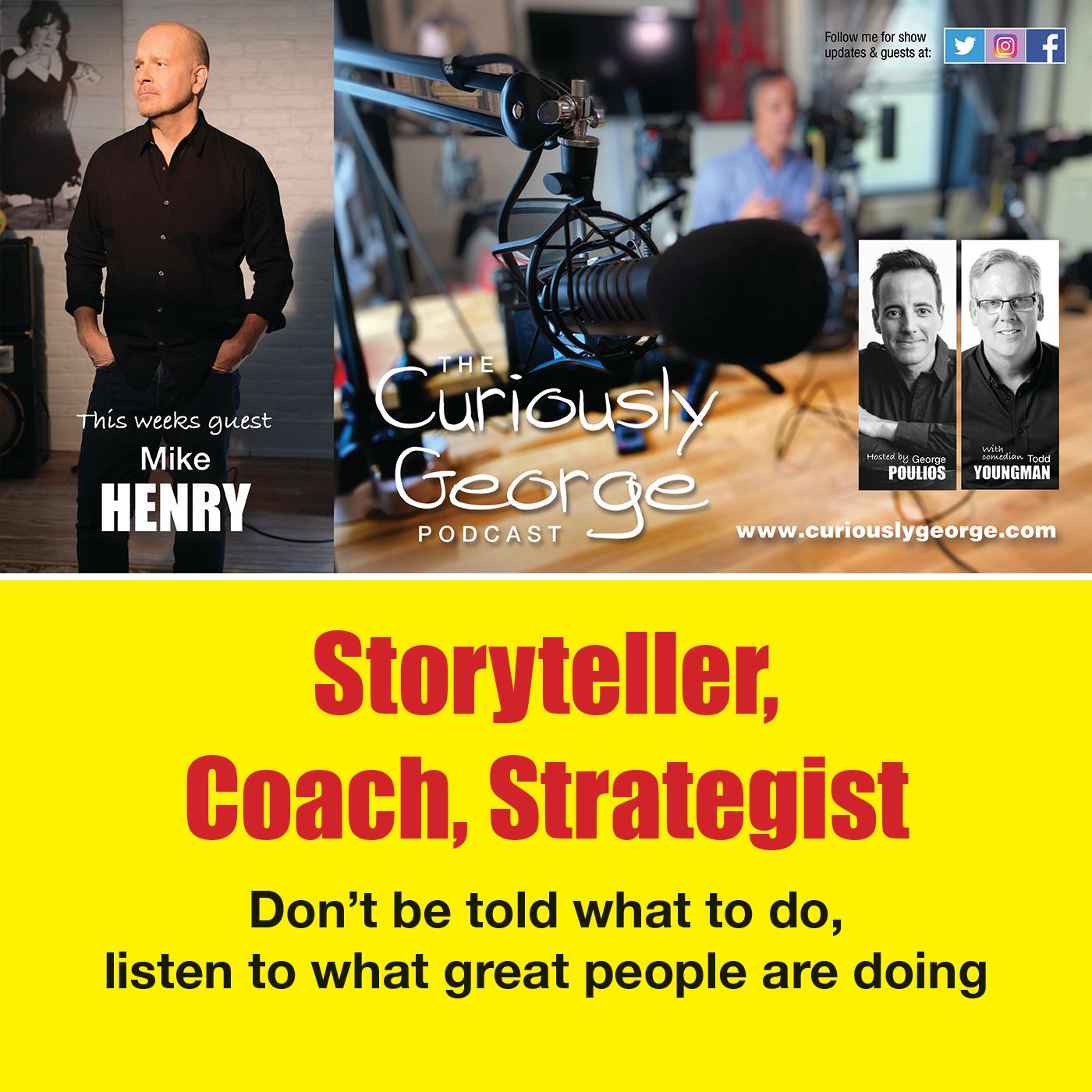 The Animated World of Family Guy’s Mike Henry
63 perc 15. rész ROC Vox Podcast Network
Episode #115: Today we chat with the hilarious, Mike Henry of Family Guy. We discuss his road from Richmond, VA to Family Guy, his tips on how to keep pushing toward your goals and he was kind enough to let George do his Mr. Herbert impression for him...he was oddly impressed. The surface was barely scratched on this one and we hope to have him back in the spring. 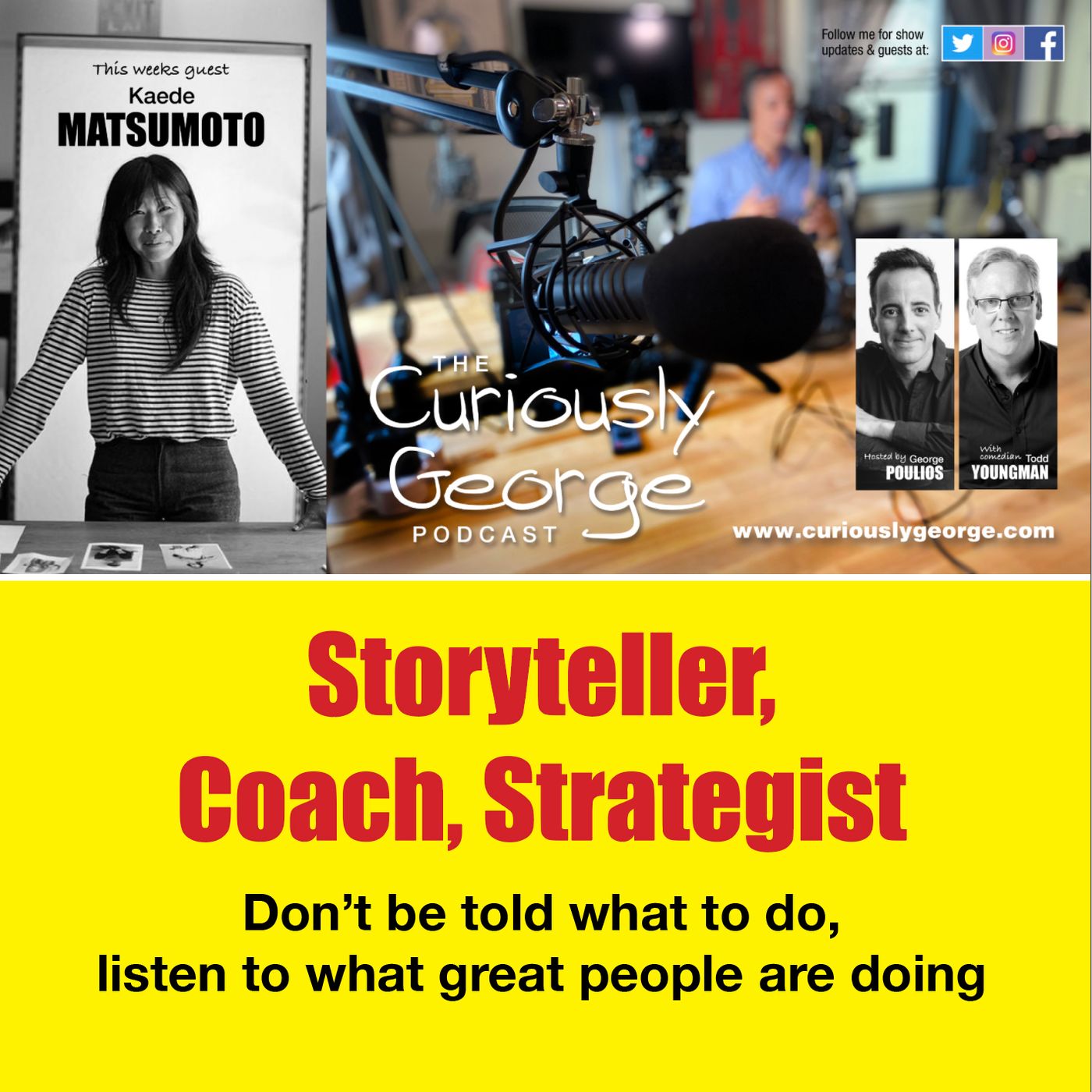 Best Laid Plans with Kaede Matsumoto
52 perc 14. rész ROC Vox Podcast Network
Episode #114: We speak with Kaede Matsumoto, Global Brand Style Director for Levis, and her journey from NYC to LA to Japan to New Mexico to San Francisco where she found the job that is the ultimate expression of her talents. Listen in on how Kaede’s travels influenced her decisions and how she learned to listen to “the call” and take big risks. This is a must for creatives, travelers, and those who just want drive change in their life. 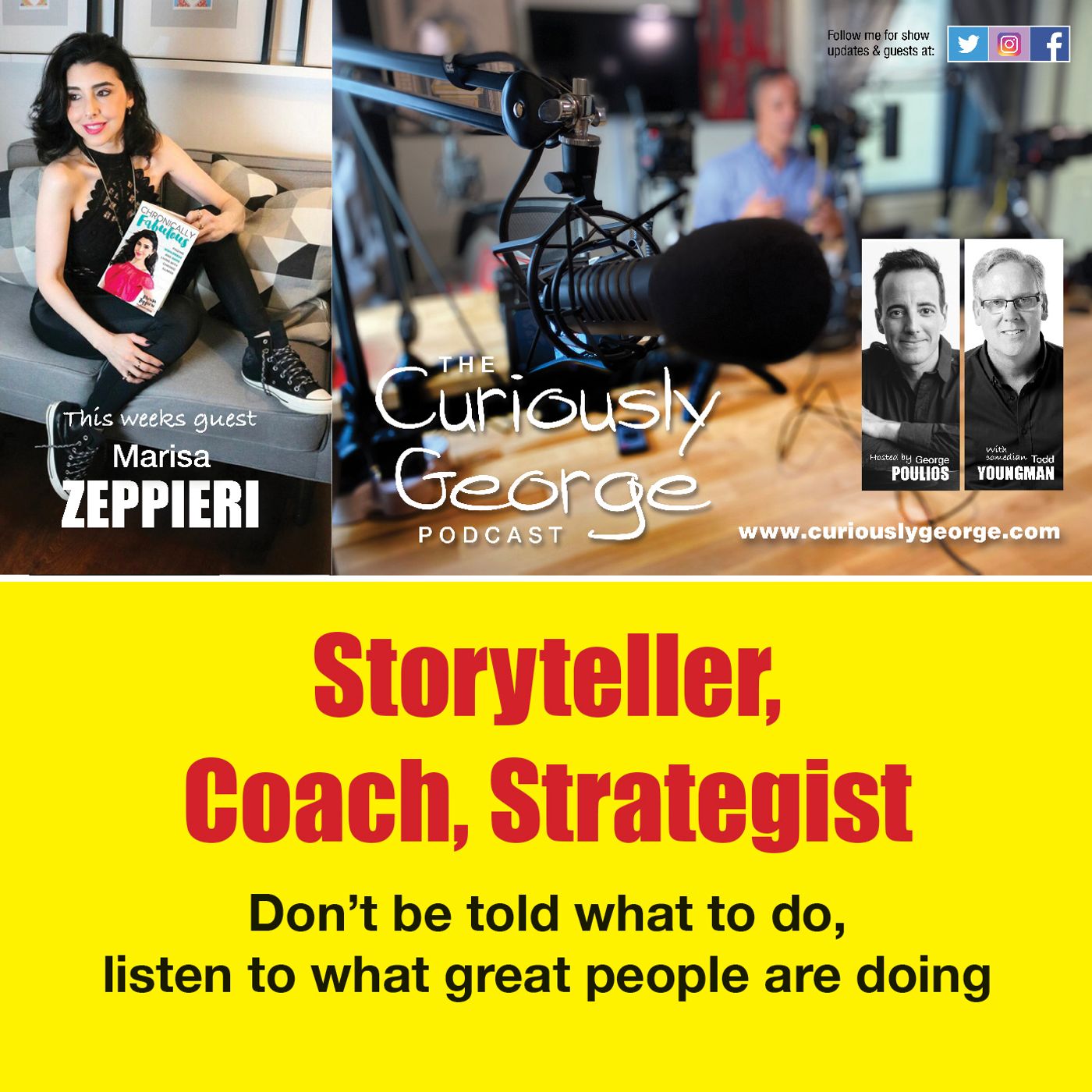 Chronically Fabulous with Marisa Zeppieri-Caruana
53 perc 13. rész ROC Vox Podcast Network
Marisa is an investigative health journalist and author specializing in women's health, autoimmune diseases and controversial topics. She is the Founder of www.LupusChick.com, an award winning website and blog focused on lupus and other invisible diseases. She is now the host of the Lupus Foundation of New England's online TV series, TILLY and author the of “Lupus: Real Life, Real Patients, Real Talk.” Her latest book Chronically Fabulous" is available now. 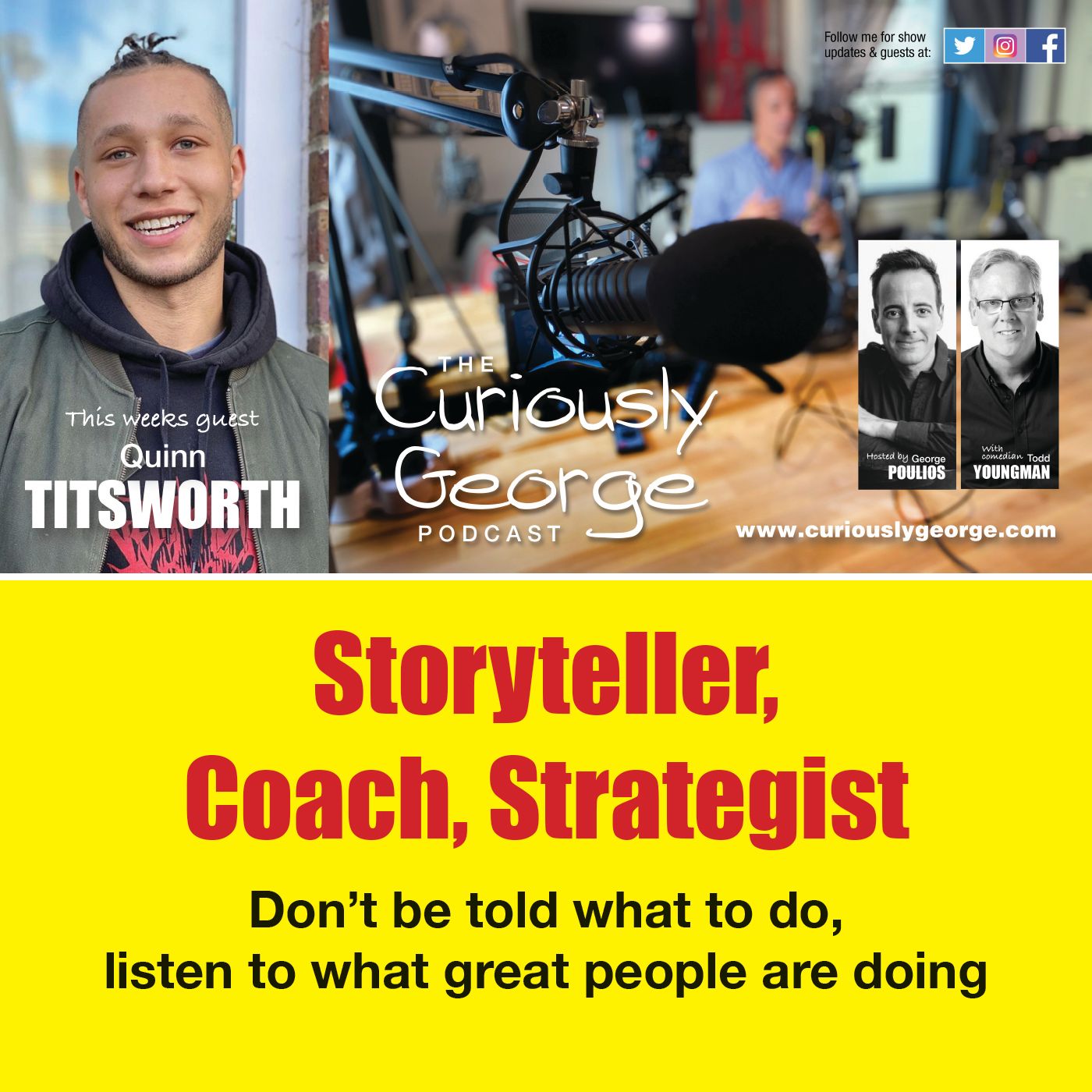 The Talented Mr. Tittsworth
40 perc 12. rész ROC Vox Podcast Network
Episode #112: We are really excited to present our conversation with Quinn (@quinnovative ), the London based designer and creative strategist behind @oneofonestudios and @infraredplatoon Listen up on how this talented (and supercool) guy grew up in NYC and took his style across the pond to found his own company. If any of you have young adults that need inspiration, this is the show to download! 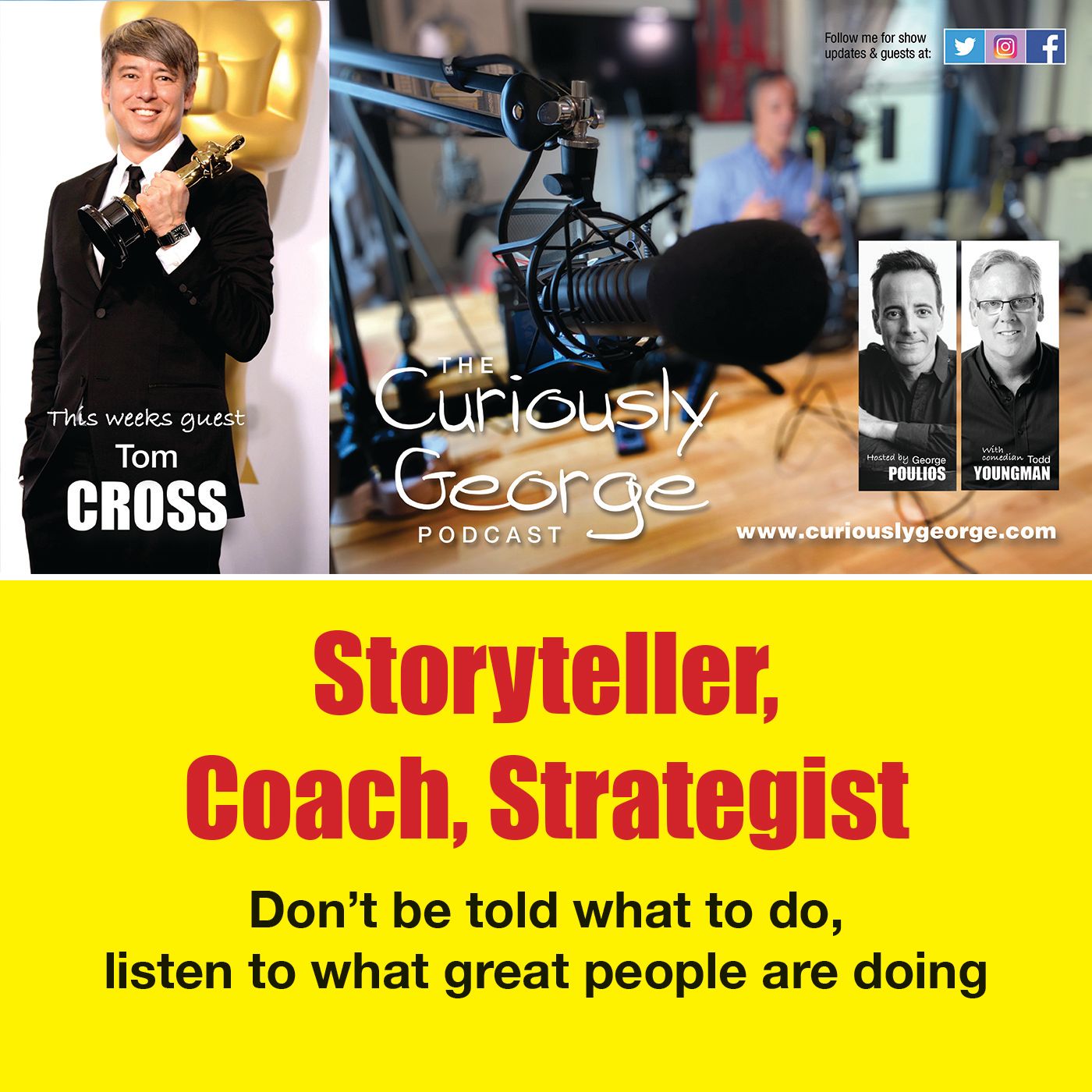 The name is Cross....Tom Cross...
63 perc 11. rész ROC Vox Podcast Network
We listen to 2015 Oscar winning Film Editor (“Whiplash”) and fellow Brighton High School grad, Episode 111: Tom Cross. Tom’s other films include “La La Land,” “First Man” and “Hostiles”. He also had an award winning run on the tv series “Deadwood.” It’s a fascinating/inspirational story about how to build on your loves and ambitions in the face of uncertainty. This is a must for those in the entertainment world. By the way, his next film is No Time To Die...The eagerly awaited BOND 25! 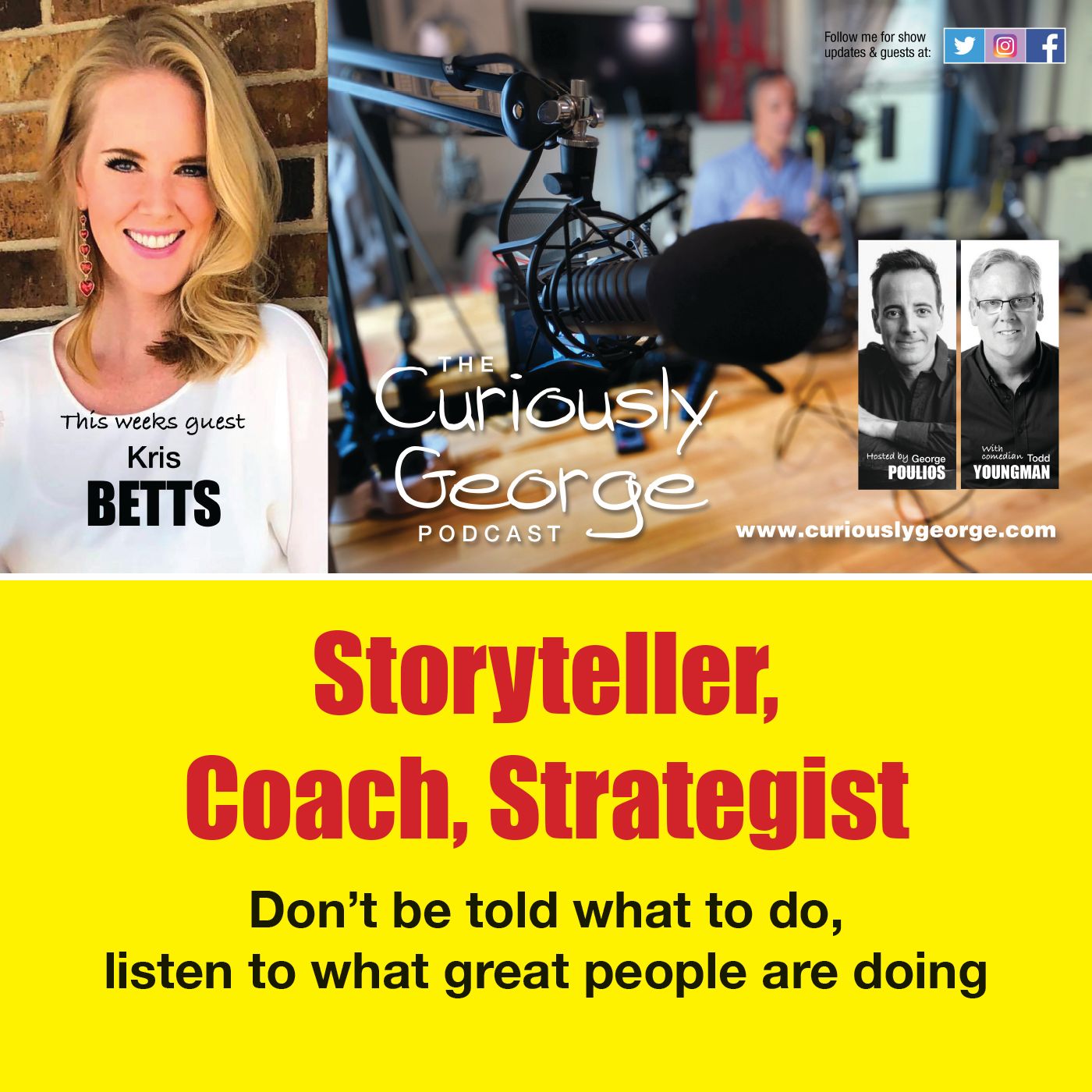 This Just in with Kris Betts
43 perc 10. rész ROC Vox Podcast Network
Episode 110: In this episode we sit down with 13 WHAM/Good Day Rochester news anchor Kris Betts. We will discuss the road that led her to become a news anchor in Austin, Texas and how that road led her here to Rochester. Oh yeah and she used to be a competitive boxer. 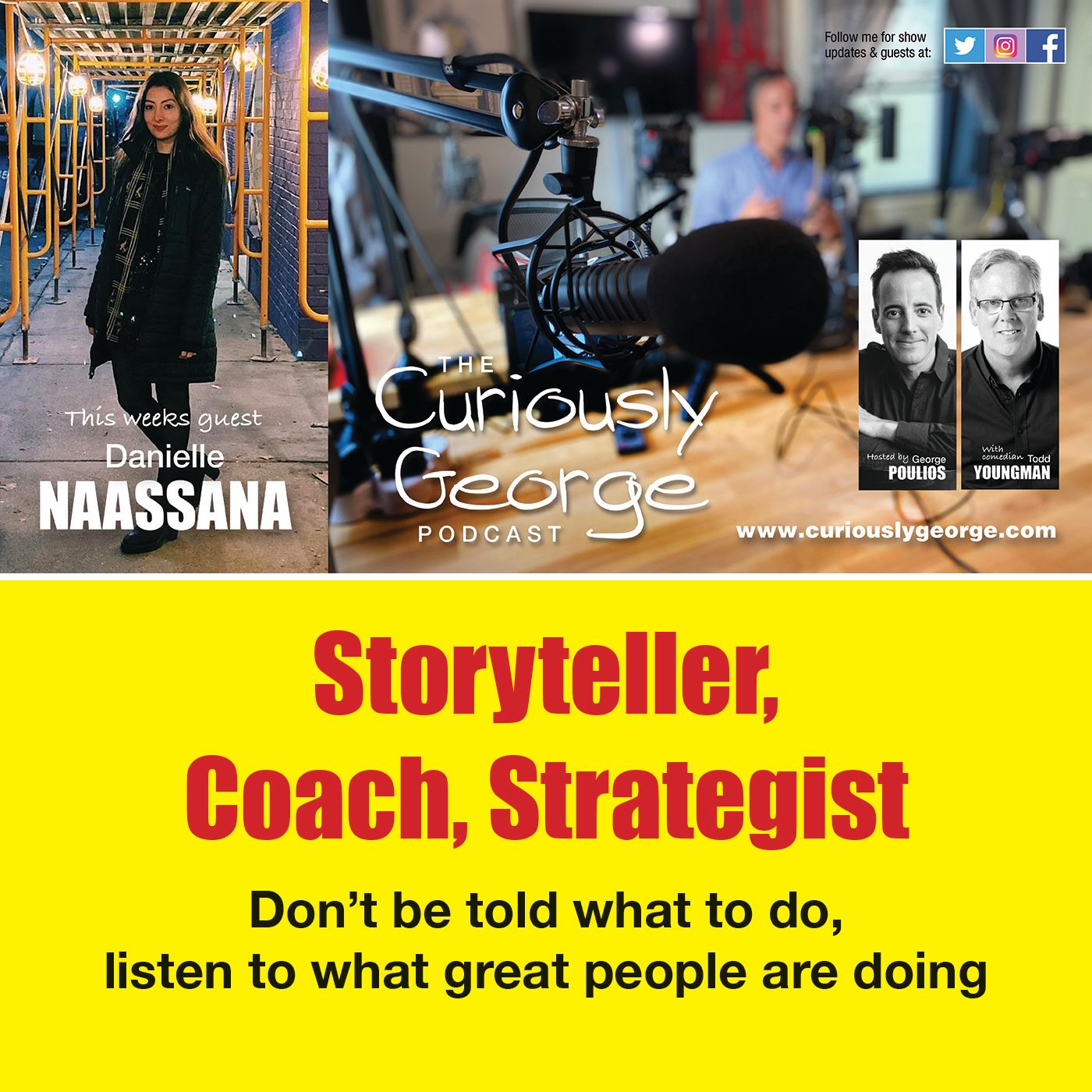 The Producer with Danielle Nassana
43 perc 9. rész ROC Vox Podcast Network
Episode #109: We had the pleasure of talking with film producer, Danielle Naassana today. We discussed the path that led her to becoming a producer of the critically acclaimed Showtime documentary, "Macho: The Hector Camacho Story" and her story began right here in Rochester, New York. Lights, Camera, Oh hey Leon!
37 perc 8. rész ROC Vox Podcast Network
Episode #108: Actor and sneaker connoisseur Leon Morgan speaks with us about how he had a vision, broke out of his linear trajectory, and made the move to acting. Be prepared for some solid acting and life advice, plus a few laughs (someone doesn’t know what it means when the curtain has fallen). Put on your best footwear and listen up! 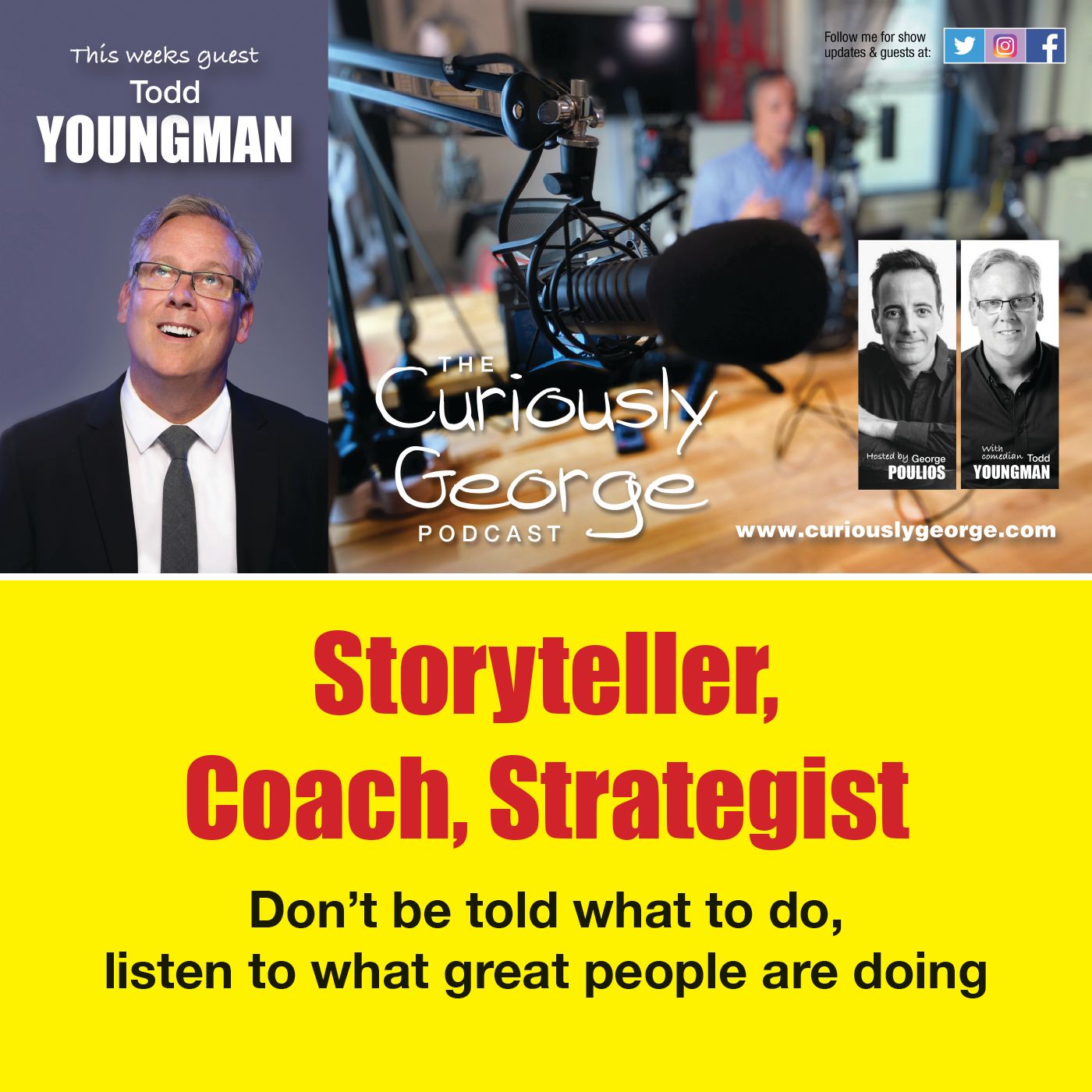 Curious about Todd, with Todd Youngman
47 perc 7. rész ROC Vox Podcast Network
Episode #107: You may know him, you may have laughed with him, or you may have just listened to him (and laughed!) It’s time to introduce the other half of the Curiously George podcast, International Comedian, Dad, Rochester Icon, and just all around great human: Todd Youngman. Listen up as we discuss his journey to becoming a comedian, where he draws the line, and why it‘s never too late to literally live your dream. 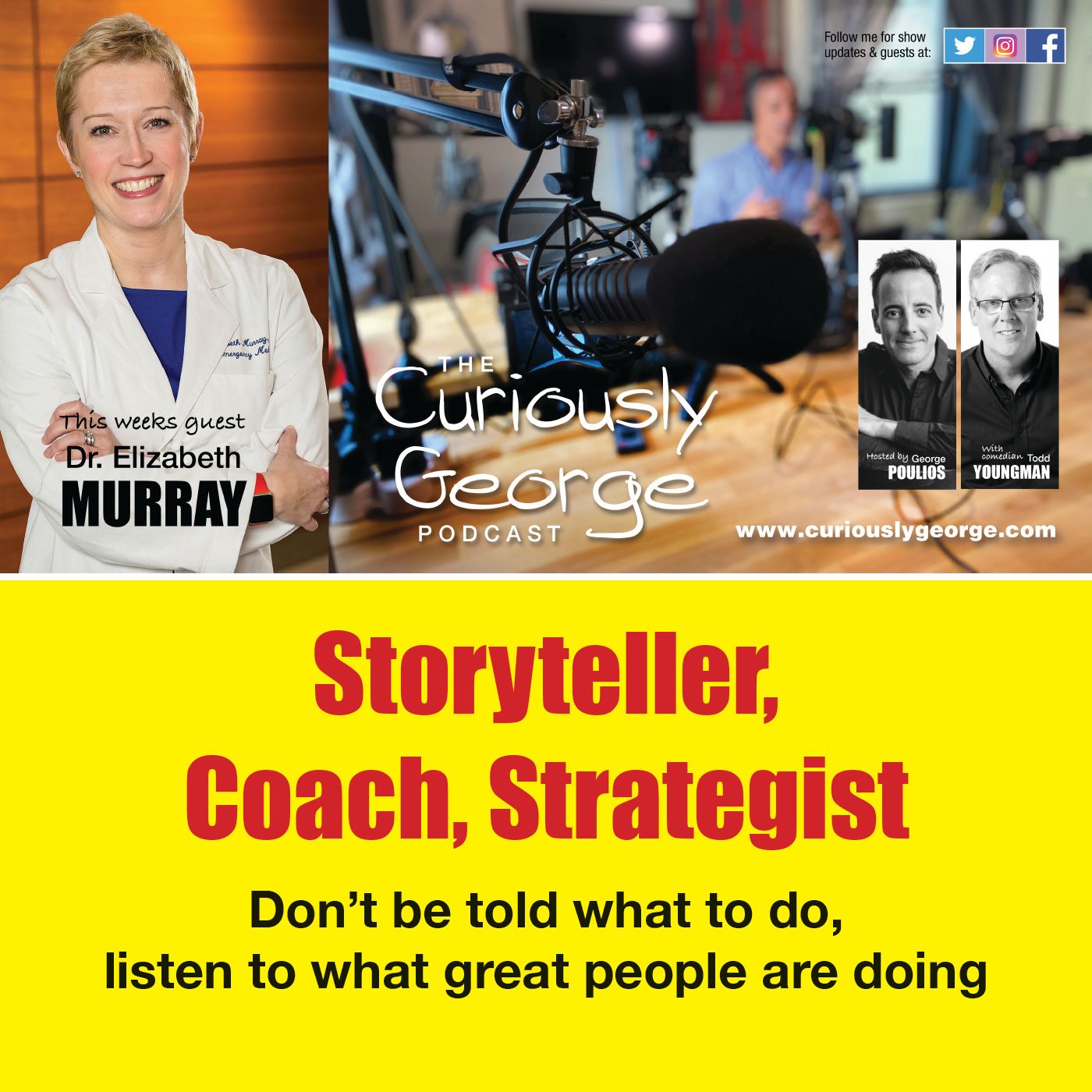 Just the Facts with Dr. Elizabeth Murray
40 perc 6. rész ROC Vox Podcast Network
Episode#106: An MBA, A Medical degree, A dual appointment in the department of pediatrics, whats next? Dr Elizabeth Murray is the leading Physician at UR Strong Memorial Hospital for Pediatric Emergency Medicine and Child Abuse Pediatrics. She is also a Spokesperson for the American Academy of Pediatrics. Get the facts on our current situation, tips on parenting, and listen up on Dr Murrays journey - it will make yours easier. A funny thing happened on my way back from Kenya with Daphne Pariser
41 perc 5. rész ROC Vox Podcast Network
Episode #105: Hear how Daphne Pariser started a global non profit at 10 years old, failed Math, and became a CEO and DR residing at Harvard. Think you need a title to lead or a linear path to succeed? Think again! Listen up! 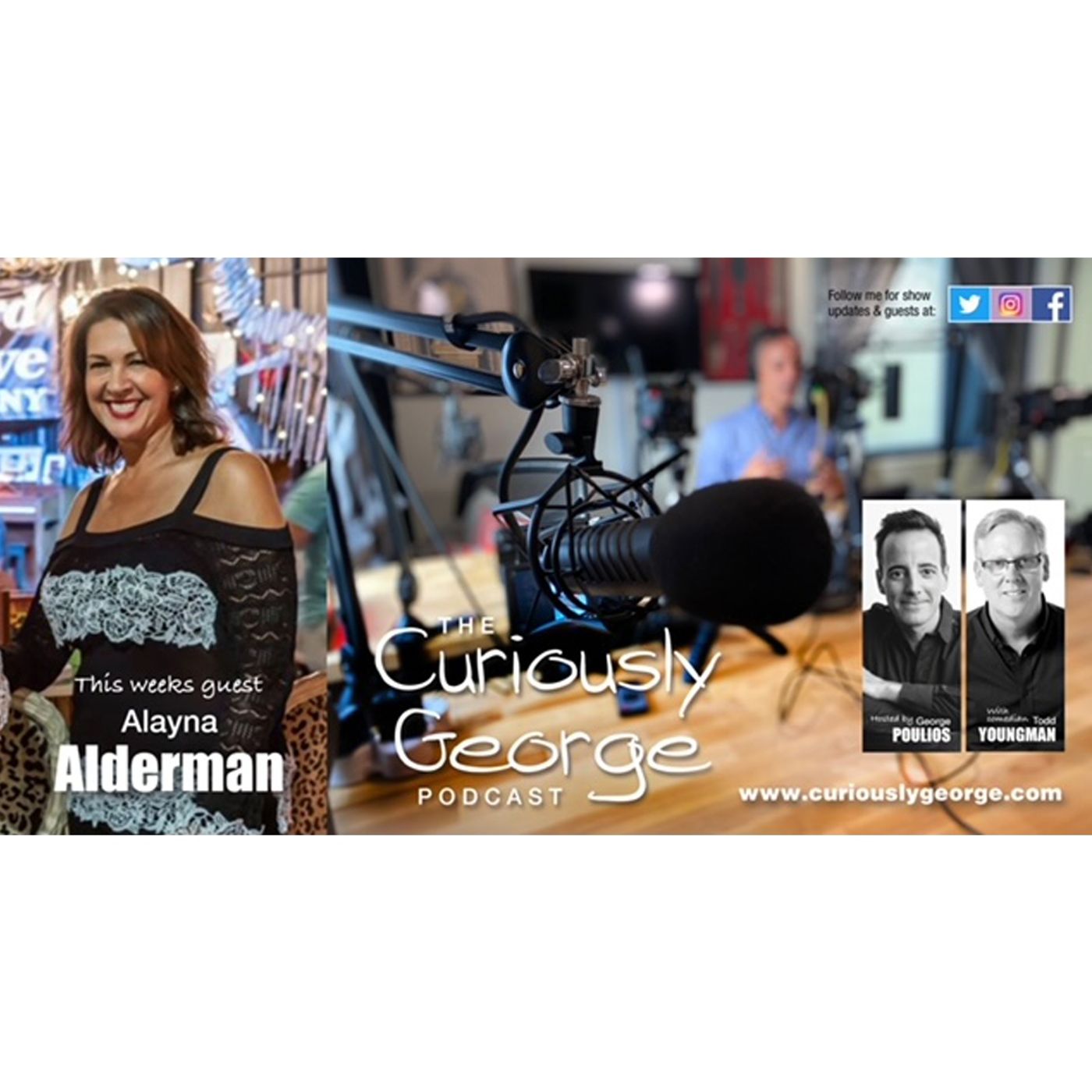 Play your game with Alayna Alderman
53 perc 4. rész ROC Vox Podcast Network
Episode #104: Music goddess (and 2019 winner of the Independent Spirit Award)Alayna Alderman tells us her story; from running operations in a small record shop office to owning an iconic record store and putting her leadership talent out across the country! How important is learning agility for success? Listen up! 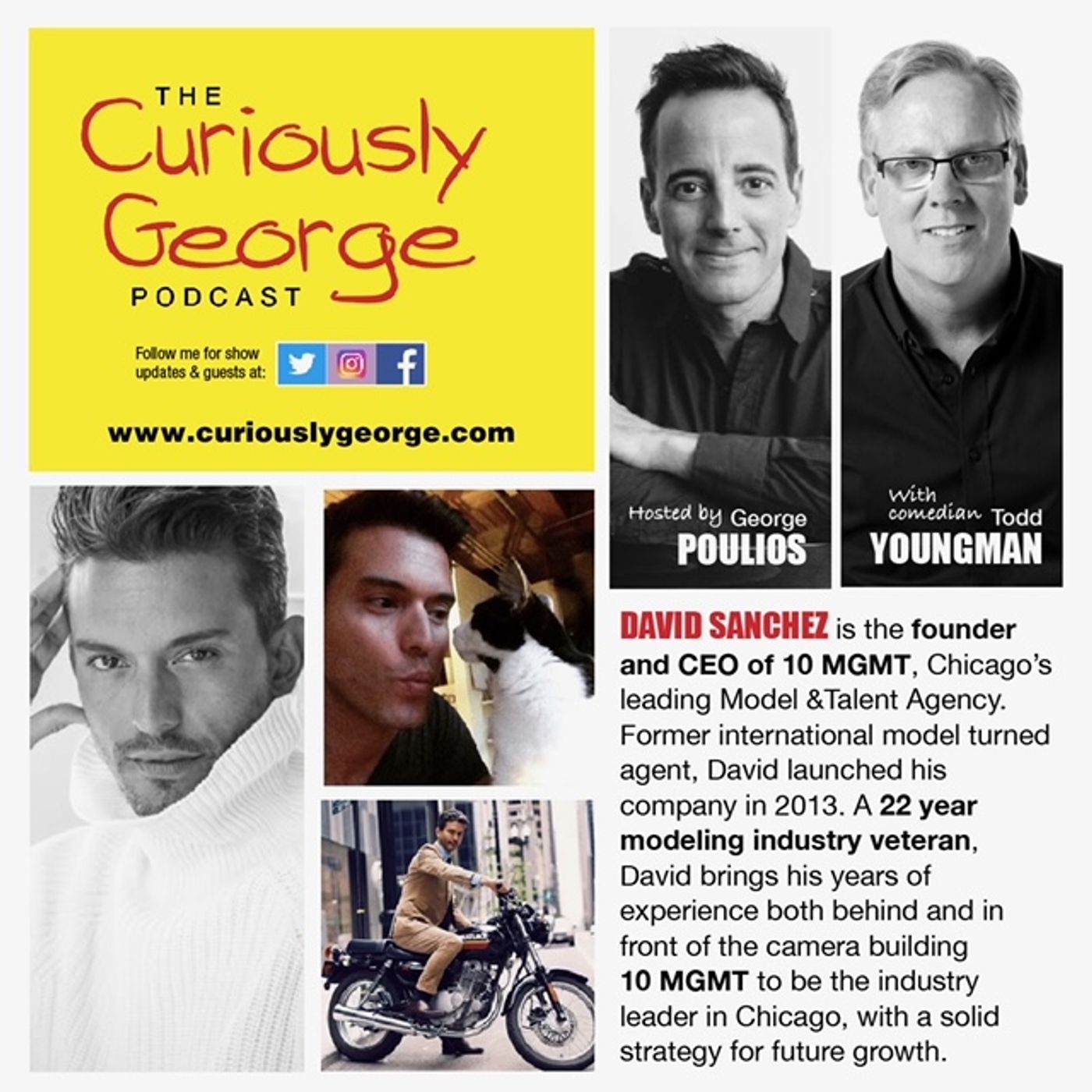 Work that Runway with David Sanchez
42 perc 3. rész ROC Vox Podcast Network
#103 - International Model turned Entrepreneur David Sanchez tells his story about going from the runway to building his leading Chicago Agency, 10MGMT. David shares his secrets, including how to build an organization in a smart and successful fashion. Ready for your own business? Listen up! 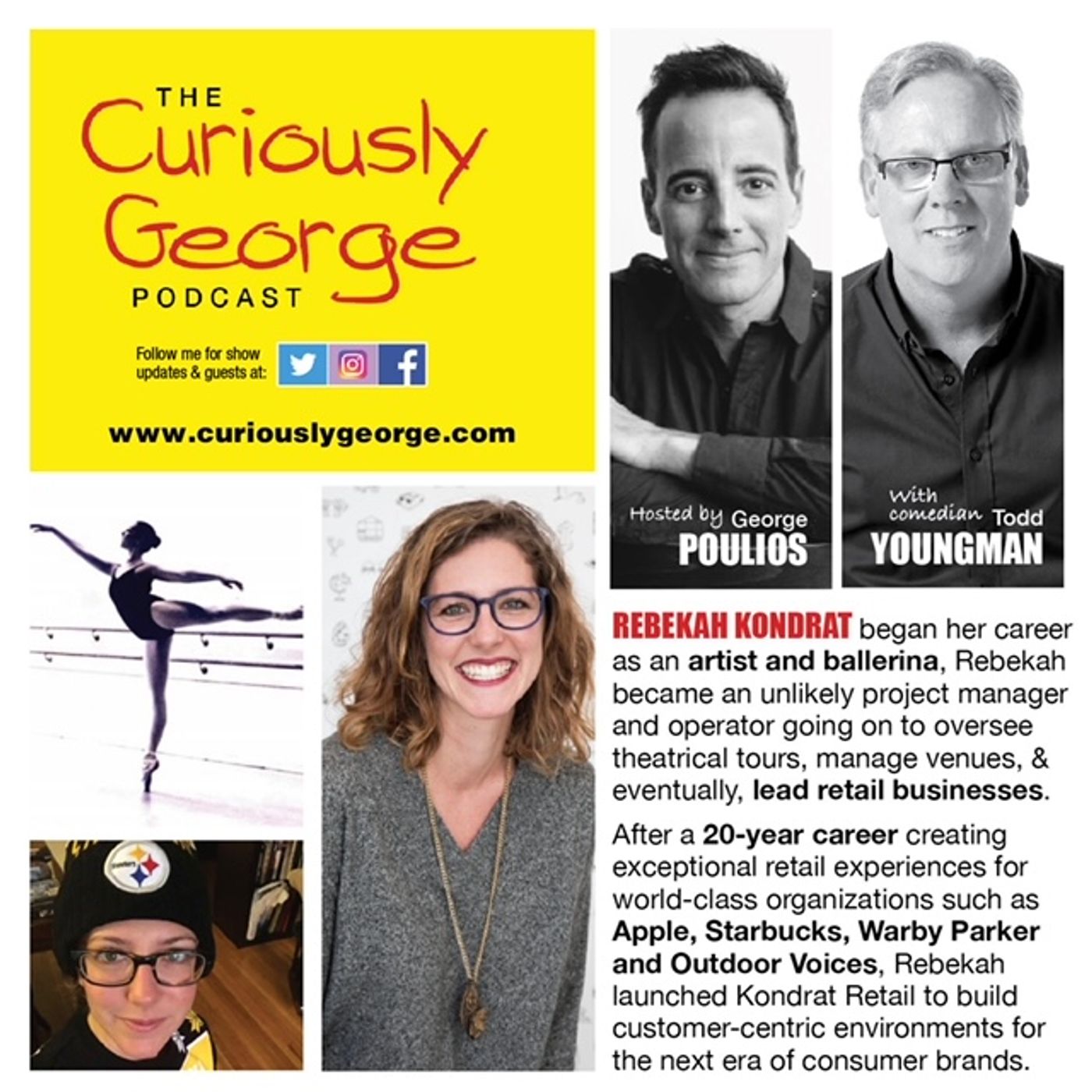 Learning Agility in NYC with Rebekah Kondrat
46 perc 2. rész ROC Vox Podcast Network
#102 - The Talented Rebekah Kondrat, founder of Kondrat Retail, spends time speaking with us about her start as an artist, her incredible retail journey from Starbucks to Apple to Warby Parker, and making the move to open her own boutique consultancy in the heart of NYC. Want to hear about learning agility and why its so important? Listen up! There’s Always Time for Mrs. Kasha Davis
54 perc 1. rész ROC Vox Podcast Network
#101 - Mrs. Kasha Davis joins us for the first episode. She is a Rochester, NY drag legend and many of you remember her from Season 7 of RuPaul's Drag Race or her latest venture, "Storytime with MKD." Learn more about her journey in the drag world, getting sober and making peace with the past.