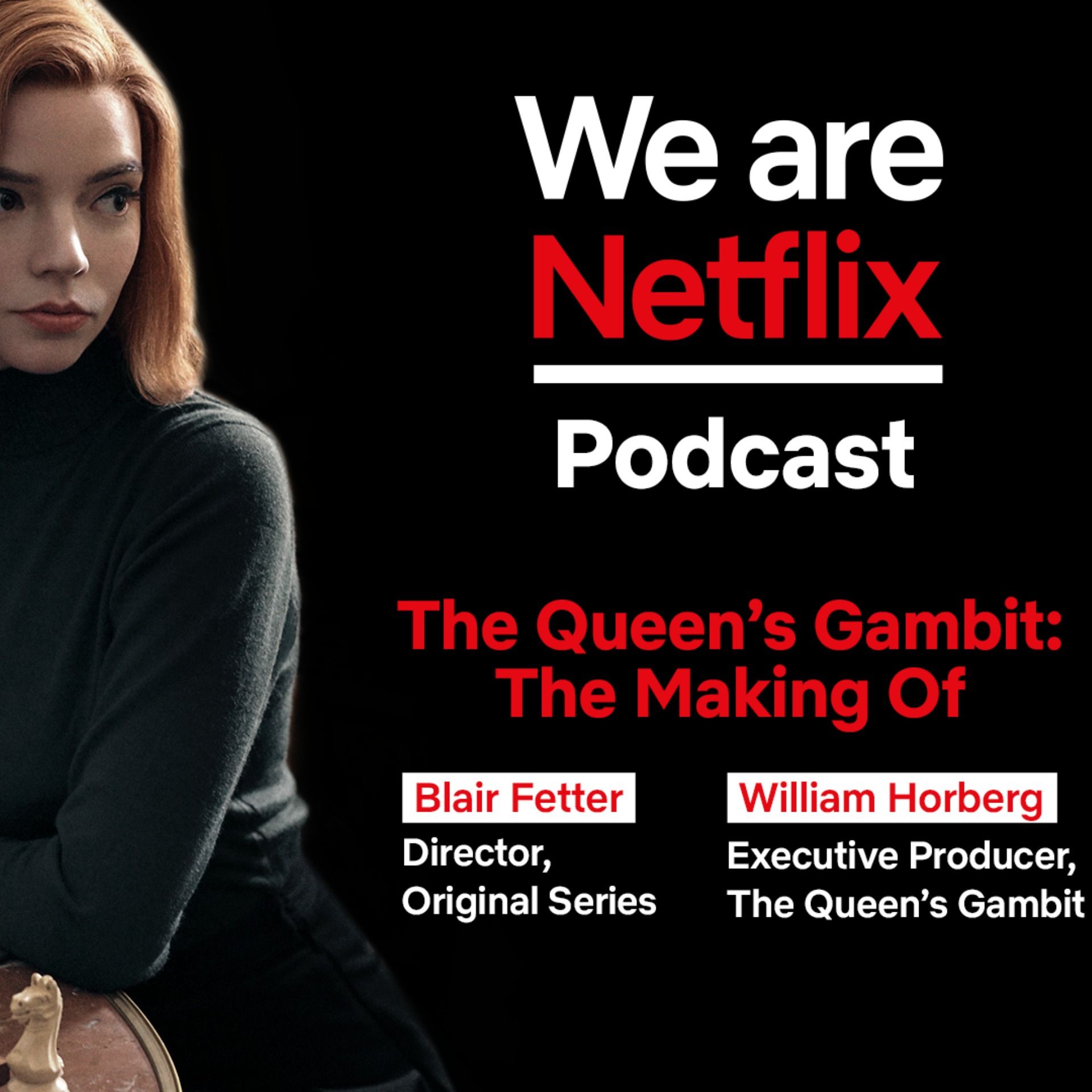 The Queen's Gambit: The Making Of
47 perc 4. évad 1. rész Netflix
Kicking off Season 4 of the WeAreNetflix Podcast are William Horberg (Executive Producer of The Queen’s Gambit) and Blair Fetter (Director of Original Series at Netflix) for an inside look on the creative partnership between Netflix and The Queen's Gambit producers to bring this beloved series to life.
Made by India, Watched By the World
38 perc 3. évad 7. rész Netflix
In any given year, India produces more movies than any other nation on earth -- hundreds more than the United States even. On this episode of We Are Netflix, we’re joined by Monika Shergill, Vice President of Content at Netflix India, and Srishti Arya, Director of Original Film at Netflix India. They paint a picture of the robust film and television industry in India, including Netflix’s participation in it. 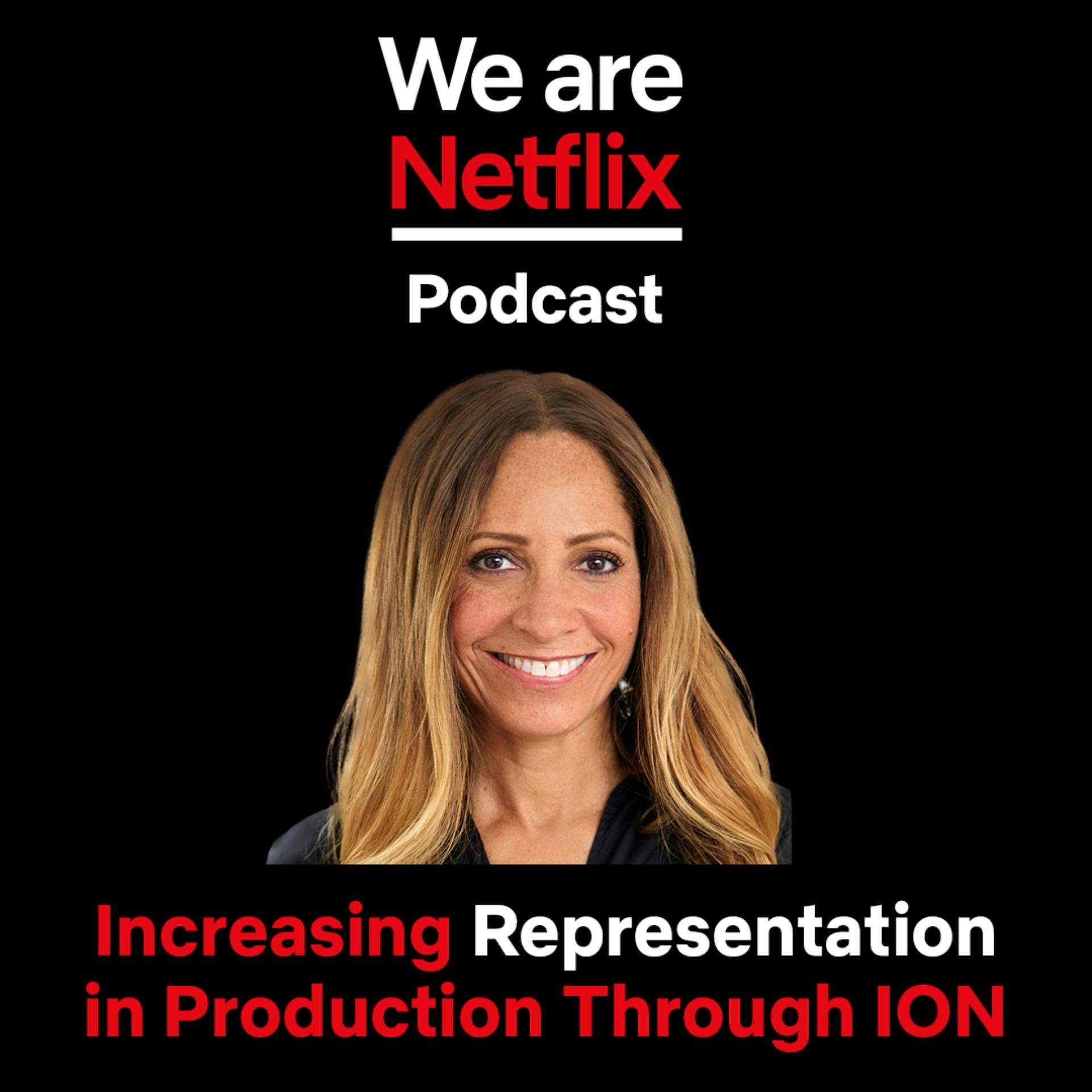 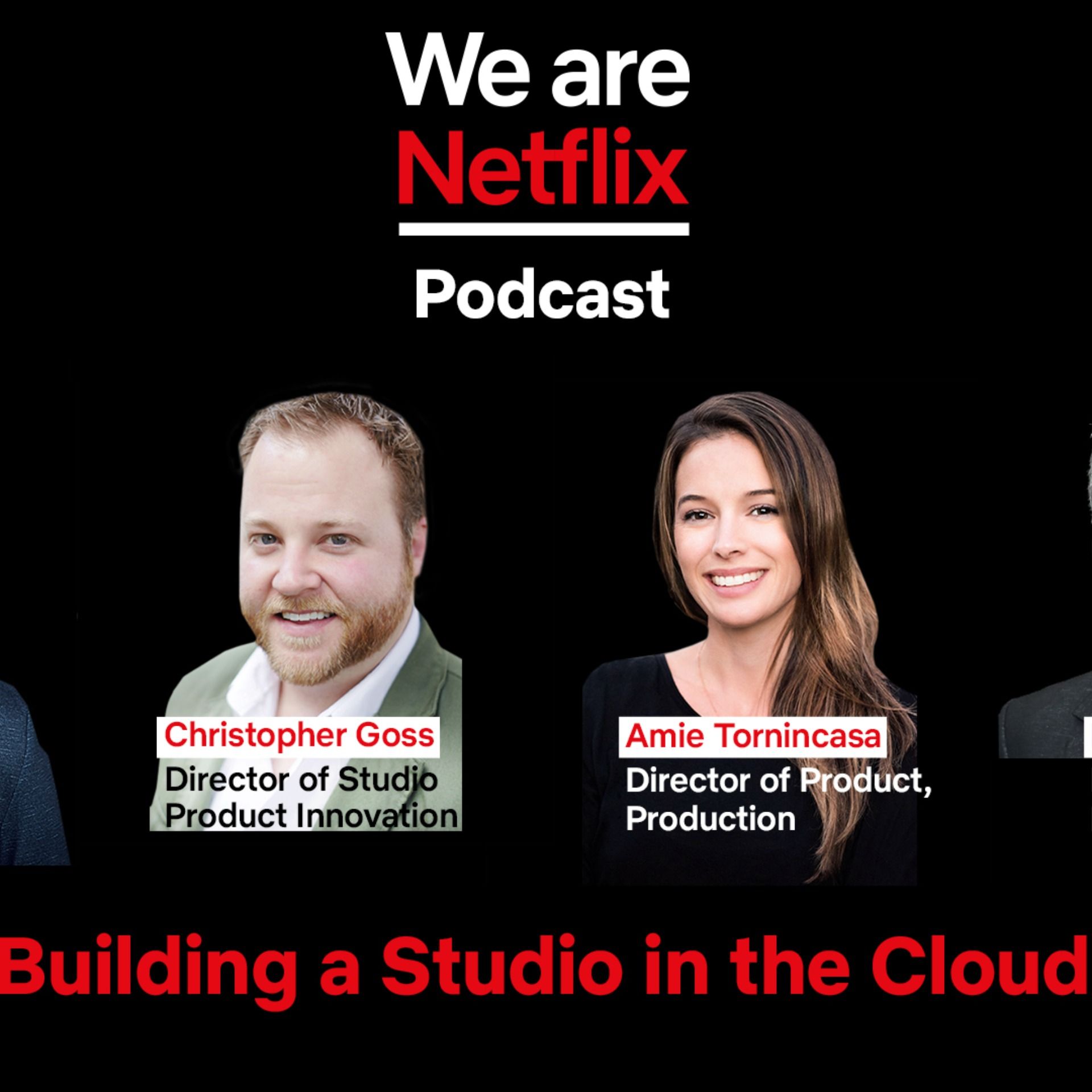 Building a Studio in the Cloud
32 perc 3. évad 5. rész Lyle Troxell
Recorded prior to Covid-19, a behind the scenes look at Netflix’s efforts around building a studio in the cloud, with a focus on both Netflix’s production and post-production application efforts including studio media management. 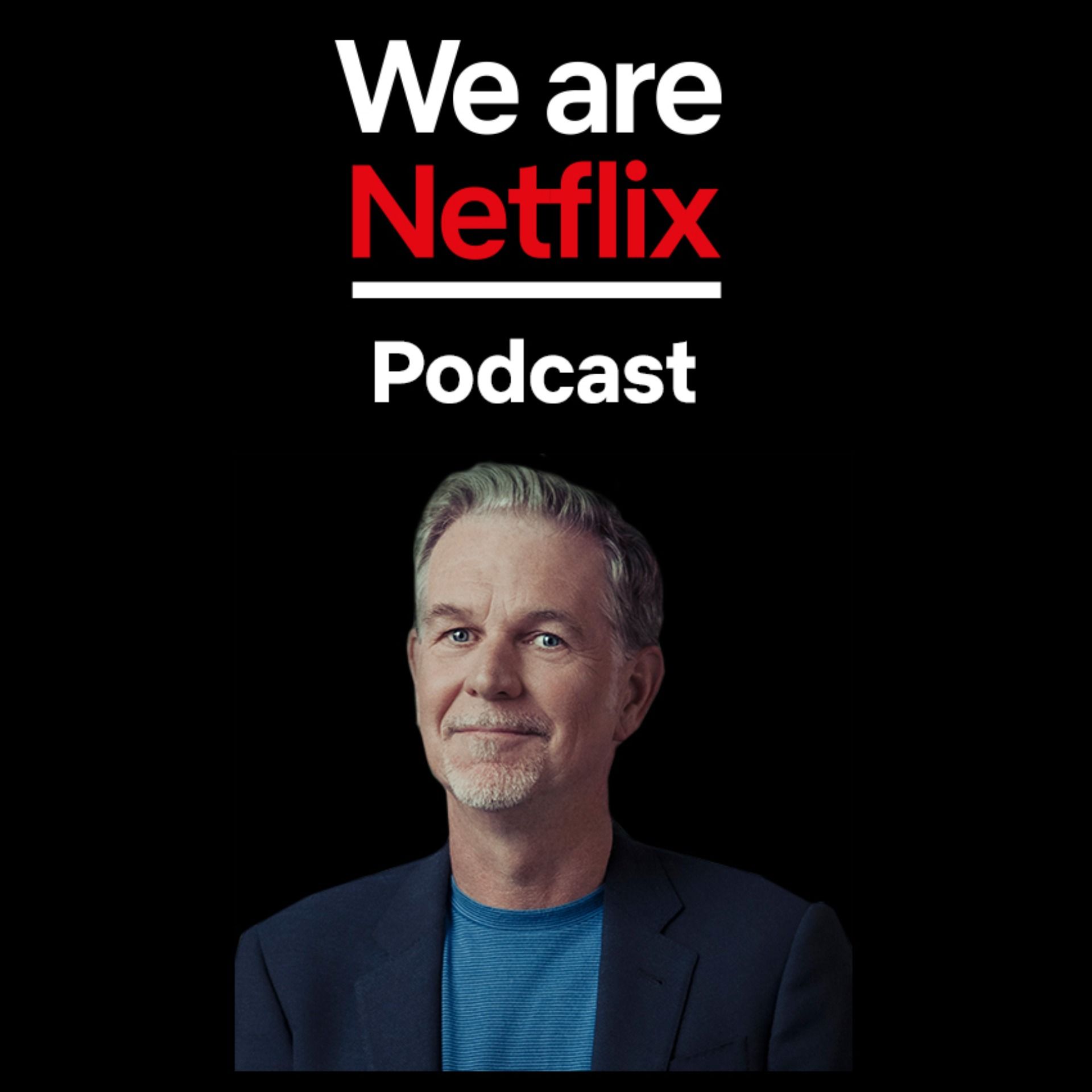 No Rules Rules: Co-CEO Reed Hastings on his new book about Netflix’s Culture
37 perc 3. évad 4. rész Lyle Troxell
Co-CEO Reed Hastings discusses his new book, No Rules Rules (co-written by culture expert Erin Meyer), which pulls back the curtain on Netflix’s work culture including his thoughts on the first days of Netflix, how candor leads to excellence, streaming competition, and reflections on the infamous Qwikster decision. Visit norulesrules.com to get your copy today! 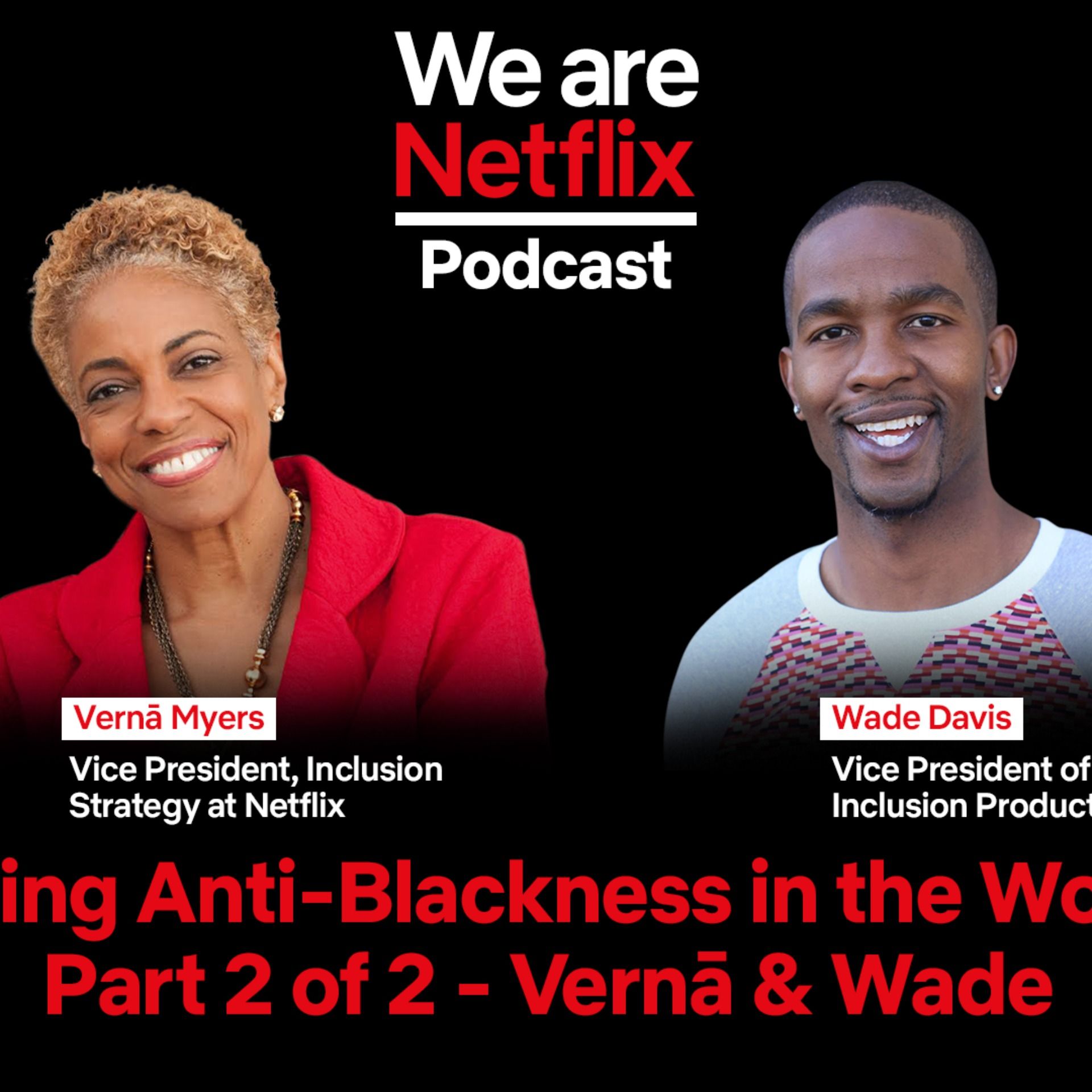 Addressing Anti-Black Racism and Promoting Allyship in the Workplace Part 2 of 2
29 perc 3. évad 3. rész Lyle Troxell
In Part 2, Vernā Myers (Head of Inclusion) and Wade Davis (Vice President of Inclusion) explore what it will take to create an anti-racist organization at Netflix, and the implications for hiring, leadership, and company culture. 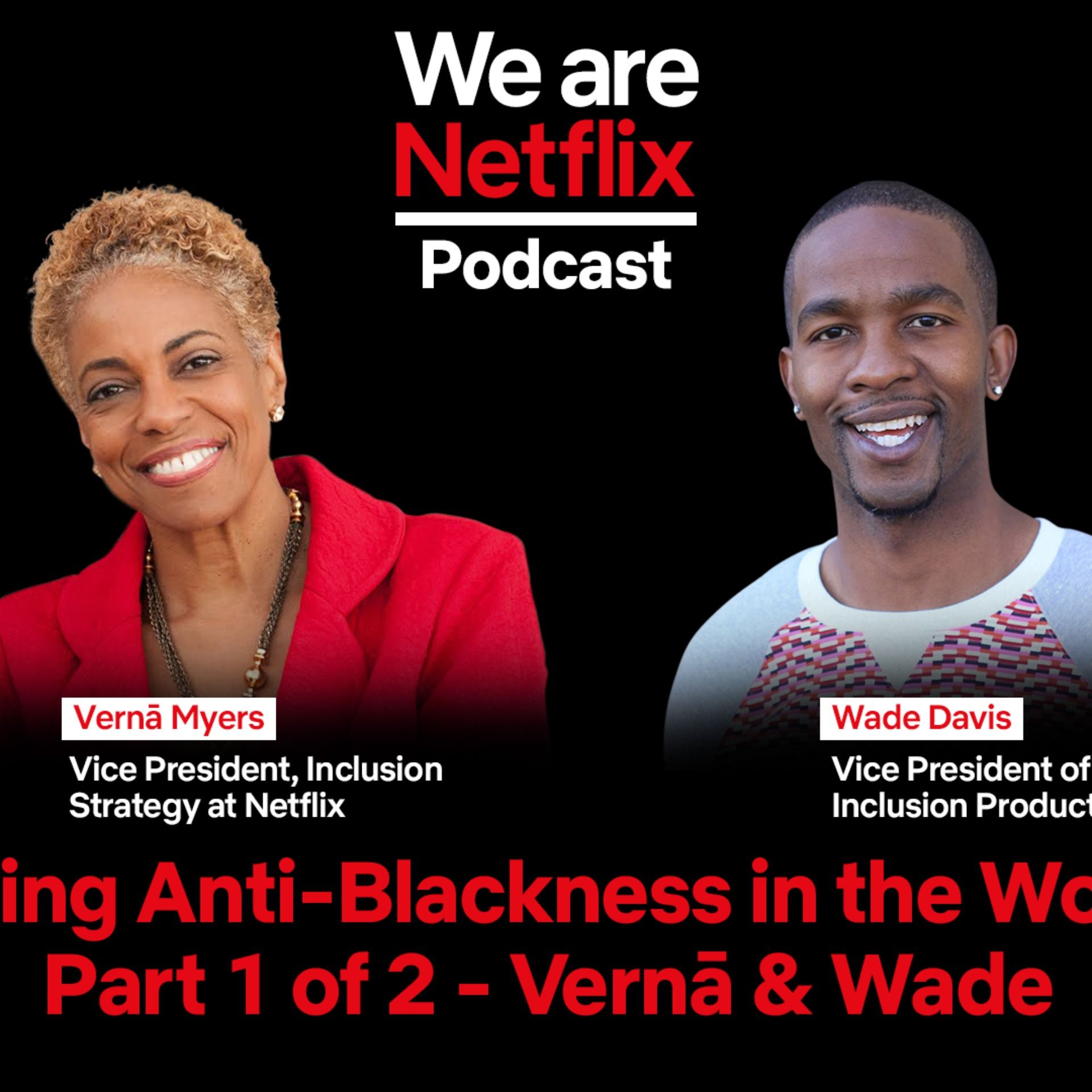 Addressing Anti-Black Racism and Promoting Allyship in the Workplace
45 perc 3. évad 2. rész Lyle Troxell
In part one of this two-part series, Vernā Myers (Head of Inclusion at Netflix) and Wade Davis (Vice President of Inclusion) discuss the effects of anti-Blackness, the importance of recognizing racial inequities in the workplace and helping employees to understand their role in ending those disparities. 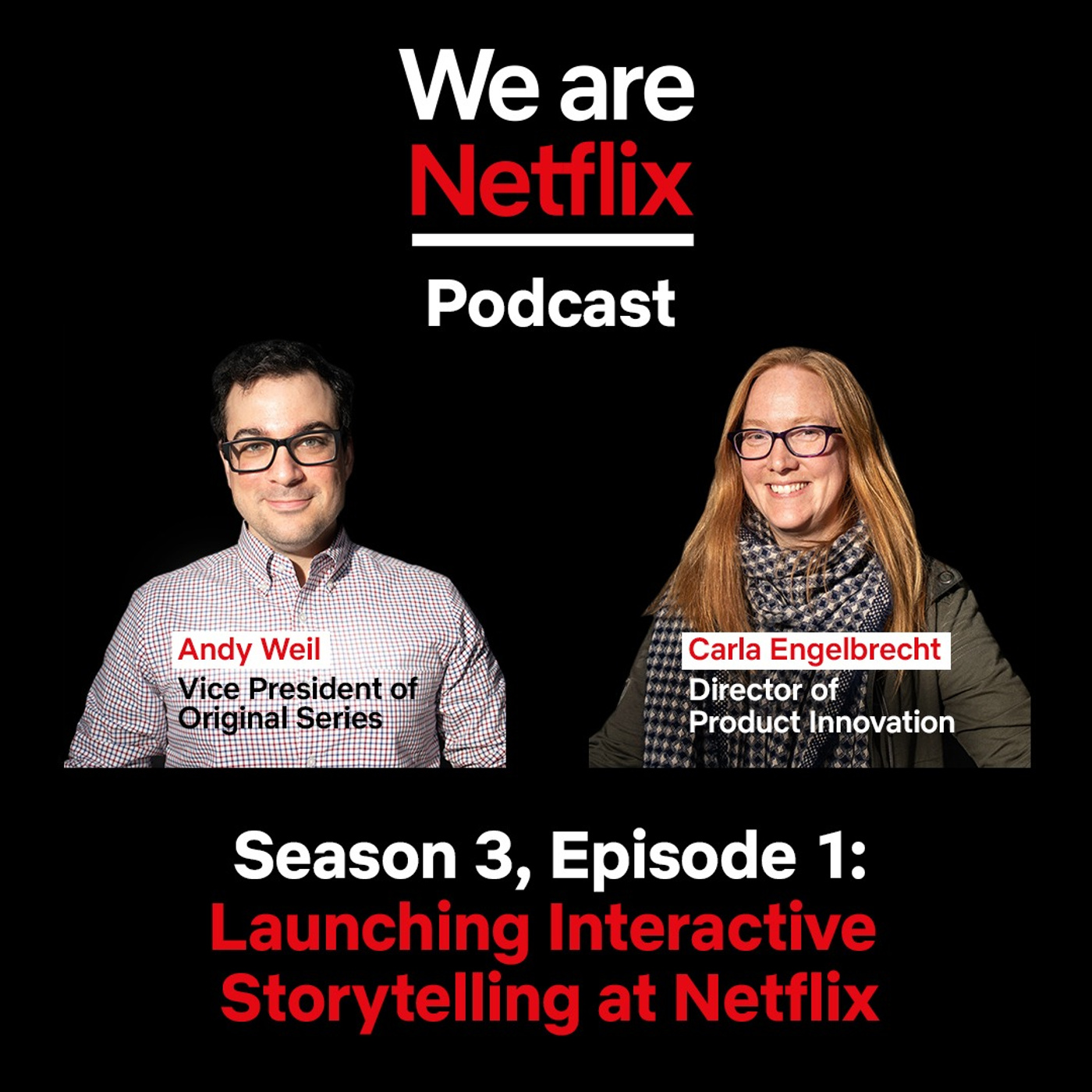 Interactive Storytelling at Netflix
46 perc 3. évad 1. rész Lyle Troxell
Vice President of Original Series Andy Weil and Director of Product Innovation Carla Engelbrecht discuss how content and product worked together to launch Interactive Storytelling at Netflix. Using Bandersnatch as a case study, they pull back the curtain on the software they had to create, how it required more than 110 rounds of editing, and what’s next in the space of interactive for Netflix.
Creative Production at Netflix
38 perc 2. évad 14. rész Lyle Troxell
Creative Production at Netflix is a bit like air traffic control for a piece of content landing on the service. Whether it is subtitles, dubbing, tagging, trailers, imagery, marketing assets, and more - creative production is truly the intersection of content, marketing, and product. Rochelle King, Vice President of the team, discusses how being a leader means making as few decisions as possible, leaving Netflix for Spotify and then coming back, and what type of skills they look for as they grow creative production on a global scale.
Legal at Netflix
40 perc 2. évad 13. rész Lyle Troxell
After 18 years of being at Netflix and growing from a team of 1 to more than 650, David Hyman - General Counsel for Netflix - discusses what risk and innovation on the legal team looks like, what qualities they look for when hiring, and just what happened with that Stranger Things cease and desist letter.
S2: Netflix Brazil
33 perc 2. évad 12. rész Lyle Troxell
Thiago Lopes, Vice President of Marketing for Brazil, discusses Netflix’s marketing strategy and how autonomy and decision-making works regionally in a global company.
S2: Netflix Korea
54 perc 2. évad 11. rész Lyle Troxell
Jinah Kim (Director of Marketing, Korea) and Minyoung Kim (Director of Content, Korea) join us to discuss Netflix’s growth in Korea, the journey from script to screen with the Netflix original Kingdom, and how inclusion and diversity differs in Korea.
S2: Animation at Netflix, Part 2
35 perc 2. évad 10. rész Phil Rynda, Lyle Troxell, James Baxter

In a special two part series focusing on Netflix Animation, we reveal what’s on the horizon for Netflix in the Animation space. In episode 1 we have Melissa Cobb, head of Original Animation, and Mike Moon, head of Adult Animation, discuss what it is like to be a creative executive and their experiences working at Netflix.

Director of EU Public Policy, Marzena Rembowski, discusses as we grow within Europe, how our business interacts with governments and how these decisions impact and shape the broader ecosystem of Netflix as a company.

Carmen Verrier, Director of Marketing for Benelux & Nordics and Jacek Ambrosiewicz Marketing Manager with a focus on Poland and Romania, discuss their experiences working at Netflix, promoting our original titles, and the challenges of emerging markets.

In a special live taping for the WeAreNetflix podcast, Dr. Brené Brown (Research Professor at the University of Houston and author of five #1 NYT best-sellers) and Vernā Myers (Head of Inclusion and Diversity at Netflix) have a candid conversation about the difference between perfectionism versus striving for excellence and how embracing vulnerability is necessary to create an inclusive and diverse work environment.

Netflix’s Chief Product Officer Greg Peters discusses his 10-year career at Netflix, his management style, and the many innovations his team is working on, from Netflix’s recommendation system to its video streaming process, user interface, and new tools for creating original shows and movies.

Maria Kazandjieva who manages Cadmium, our web video player and Valerie Balcom, a senior software engineer on the TV UI Application, discuss working in engineering at Netflix and what it takes to thrive in the Netflix culture.

Creative Executive, Tahirah Gooden, discusses her role in making Netflix Original Films go from script to screen, the importance of representation, and what's on the horizon in the film space.

Meet the teams that aim to provide an uninterrupted Netflix experience! Haley Tucker from Resilience Engineering and Aaron Blohowiak from Demand Engineering discuss Chaos Engineering, High Availability and how they create a reliable system out of inherently unreliable parts.

PR Directors Lindsay Colker and Don Halcombe discuss what it is like working on the Netflix Publicity team, their approach to hiring, and how the Netflix culture has shaped their personal and professional lives.

Director of Marketing for Germany, Felix Pace, and Manager of Marketing Production for Northern Europe, Junis Lampert, discuss their journey to Netflix, their experience with the culture, and the work they are doing for the German market.

Product and Motion Designers Alex Bronkie and Michaela Tedore discuss working on the Netflix Product Design team and how they create experiences that help over a hundred million global members discover what to watch.

Hiring, firing, managing, and freedom and responsibility. Julie Pitt and Faisal Siddiqi discuss improving our infrastructure around new technologies and empowering data scientists to use their machine learnings models to make Netflix better every day.

Senior Software Engineers, Filip Paun and Bertrand Mollinier Toublet discuss working on the Streaming Security team at Netflix, being let go and coming back, and culture at Netflix.

Senior Software Engineers Jessica Berglund and Jordanna Kwok speak about working on the Netflix iOS App, what ABTests are like, about their team, and more about working at Netflix.